The next Grove Ethics booklet is a fascinating study of transhumanism, the idea that we should transcend the limitations of our physical bodies through technology. It is by Michael Burdett, who is Postdoctoral Fellow in Religion, Science and Technology at Wycliffe Hall in Oxford. I was struck by his opening introduction: 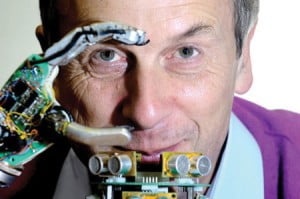 Kevin Warwick, formerly Professor of Cybernetics at the University of Reading, is famous for championing the use of medical technology for human enhancement purposes. In 1998, Warwick implanted a computer chip in his arm that was used to operate doors, lights and other electronic devices in his proximity. In what has been called ‘Project Cyborg,’ Warwick then took this electronic implantation to new levels. A more sophisticated device was linked to Warwick’s nervous system and he was able to control a robotic arm in another country via the internet. And one of the most publicised events had Warwick’s wife surgically insert a similar device and they were said to ‘feel each other’s sensations’ that were captured from one of their nervous systems and transmitted directly to the other via these devices.

Warwick and others like him see vast potential in these transformative technologies and often speak about how they are changing the human species at the most fundamental level. Indeed, a growing group of activists have begun to call themselves ‘transhumanists’ as a way to acknowledge and intentionally advocate for the enhancement of the human person/species through technological means. Nick Bostrom, one of the lead philosophical gatekeepers of contemporary transhumanism, defines it this way:

1 The intellectual and cultural movement that affirms the possibility and desirability of fundamentally improving the human condition through applied reason, especially by developing and making widely available technologies to eliminate aging and to greatly enhance human intellectual, physical, and psychological capacities.

2 The study of the ramifications, promises, and potential dangers of technologies that will enable us to overcome fundamental human limitations, and the related study of the ethical matters involved in developing and using such technologies.1

Transhumanism is related to humanism and both share many of the same values and convictions. Both are committed to human progress, rational thinking and the flourishing of the human species. But whereas humanism sets its task to improving the human condition through education, art, politics and other cultural means, transhumanism applies this directly to the human organism and radicalizes human transcendence and transformation, advocating going beyond the human. Transhumanism begins from an evolutionary account of human being—recognizing the biological and cultural history that has led to modern human beings—but it is not content with remaining passive to these biological and social pressures dictating the future of the human race. Instead, it promotes the acceleration of human evolution through the intentional modification and enhancement of the human species by utilizing growing technologies such as nanotechnology, biotechnology and information technology. Transhumanism contends that human beings are in the process of becoming and are at a watershed moment. At no other time in history could we have such power over our own development and drastically affect the course of human history and each individual self. They say we ought to seize that opportunity and use any means necessary to enhance ourselves for the betterment of individual selves, our societies and our species.

How do we engage in an issue on which, like many contemporary ethical challenges, the Bible does not speak directly? The answer is to explore the nature of human being in Scripture—that is, to explore a biblical theological anthropology:

What do Christians say about being human, and is it very different from the anthropology of transhumanism? 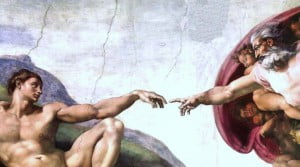 First, Christians understand the human being to be a creature. As human beings we owe our existence to God, who is the creator of all that is. Our source of existence and life is thoroughly derived from the utter gratuity and freedom of God to create abundantly. The entire concept of ‘creature’ evokes dependency upon a creator. We have been created contingent, limited and fragile. We need food, water and air to survive; hence, our dependency extends not only and primarily to God but to the rest of creation as well. Indeed, we are not alone as creatures but in a much larger fellowship of creation. The first two chapters of Genesis place human beings in this created order and, as such, we are imago mundi, in the image of the world.

However, human beings are distinct from the rest of creation as imago dei, in the image of God. It is clear from the Christian Scriptures and tradition that we have been gifted and set apart as bearers of God’s divine image (cf Gen 1.26–27). Some interpret this image as a divine task to be God’s stewards in the world and to look after his creation through cultivation and divine representation. Often referred to as a functionalist view of the imago dei, it is our special purpose in creation to be God’s representative and to help bring his creation to fruition that defines this image. Others have said, holding to a substantialist interpretation of the imago dei, that certain features inherent in the human being such as rationality or volition are the seat of the imago dei and make us unique and like God. More recent views do not look at each individual human but to their inherent relationality, with others and God, to define this image of God. Taking a relational view of the imago dei means locating the divine image in fellowship.

While different Christian traditions across history emphasize different aspects of each of these views, all agree that the fullest image of God, and indeed all interpretations of the imago dei, ought to be grounded in the person of Christ.

If we want to understand what it means to be human we need to look to Christ. Since Christ is God in human form we will find in the incarnation the supreme image of God, the very thing which makes human beings unique. It is clear the New Testament bears witness to Christ being the fullest image of God and often links this explicitly eg 2 Cor 4.4-6. However, the concept of the imago dei is also explicitly linked to God’s glory where Christ is the very ‘glory of God’ (eg John 1.14). Pauline Christology and the Gospel of John constantly link Christ to the already established sister concepts of God’s glory and image found in the Old Testament. 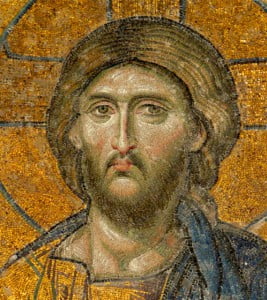 What is of grave import is how the rest of humanity, then, relates to Christ relative to this image. It is here that we are told we are in the process of being conformed to the image of God in Christ (Rom 8.29). We poorly reflect God’s glory and image today but insofar as we live in relation to Christ and reflect his glory by following him and reflecting the fruits of the Spirit we too reflect the glory of God with Christ. In this way, the image of God takes on a thoroughly dynamic and eschatological character where our adoption as children of God in Christ takes on its most important significance. For our conformity to Christ also means we share in his glory and resurrection at the end of time. The telos of human being, as image bearer, is in a glorified Christ that reflects God’s glory in a thoroughly redeemed creation.

How does a Christian understanding of human being cohere with the transhumanist vision? Several items look similar. Depending on one’s interpretation of the imago dei, both can share in the conviction that certain features such as rationality or volition are key to being human. Additionally, both contend the human being is bound for better things and that we are in a process of transformation today. However, the overall vision and final aim of humanity is very different. Transhumanism is just ‘the human writ large.’ It is but an extension or logical conclusion of the human as mind, rational, information and will. While a contemporary Christian anthropology might acknowledge these aspects as integral to being human they are not ends in themselves. They are only good insofar as they can be used to reflect God’s glory as image bearers. What is more, that final ideal image is not some androgynous human prototype but Christ himself. Christians believe a true human being, what a human ought to be and is becoming, is only possible in relation to God in Christ. No amount of enhancements will be able to contend with the reality of sin that has destroyed and marred the human—only Christ can redeem and bring to fruition the ‘real human.’

To receive information about forthcoming Grove texts, you can subscribe to the monthly email newsletter on the Grove Books website.