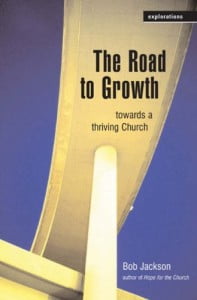 My previous two posts, reflecting on the findings on church growth, and then the particular issue of the age of selection of leaders, has provoked quite a discussion on Facebook.

To put this in context, I include here some paragraphs from Bob Jackson’s book The Road to Growth which was published nearly 10 years ago in 2005. Given that in 2012 it was still the case that only 22% of those recommended for training were under the age of 30, then either there is not a clear focus on ‘younger’ (i.e. the average 30 years ago!) ordinands, or the Church is finding it very difficult to deliver on this.

This has been the reaction many committed young people have received over the last 30 years when enquiring about the possibility of ordination, whether or not this has been the official policy of the Church. This is extremely undermining for many young people when they are in the process of discovering what calling God has on their lives. It implies that God cannot use church leaders until they are aged around, say, 35, by which time Jesus had carried out his entire ministry, died, risen again, saved the world from sin and death, and started to reign in heaven over the whole universe. However, some Anglicans would still consider him too young to be Vicar of Christ Church! The same people would certainly have looked down on Timothy.

For many potential ordinands, coming back later is not realistic. They are likely to train for a different profession, and then pursue it while getting married, taking out a mortgage. and starting a family. Some do make big sacrifices to come back at a later date, for others it is too late. Even for those who do return, their years as a young adult in ordained ministry have been lost to the Church.

For some other potential ordinands the problem is not so much being told to come back when they are older as being put off by the sheer length of the process leading up to a selection conference. Students coming up to the end of finals need decisions during their final year rather than an eighteen-month exploration of their call before even the decision about whether to send them to a selection conference.

The official policy of the Church of England has, for some years now, been to reverse the fall-off in young ordinands. The proportion of young candidates recommended for training at selection conferences is greater than the average. The continuing problem for young ordinands is mainly with the culture of the Church at a more local level – for there appears to be a consensus at the national and diocesan levels that the Church now stands in need of greater numbers of young clergy, broadly for the following three main reasons:

1. Young ordinands are needed if the Church is to grow

It is hard to see how the missing generations, now in their teens, twenties and thirties, can be won back to the Christian faith except through Christians from those same generations. ln the Diocese of Monmouth, half the present clergy are due to retire by 2013 and the average age of the remainder will then be 57, but there are very few young adults and teenagers now left in the churches of the diocese. The average age of the adult churchgoers is 60. The average age of the serving curates is 45. Unless such a diocese can find a new way of growing young disciples and recruiting young ordinands it is hard to see who will be leading any reversal of this decline by 2013.

2. Young ordinands are needed to be future senior leaders

3. Young ordinands are needed for chaplaincies

From comments in the Facebook discussion, these problems persist.