Following my article exploring whether there is a real theological distinction to be made between the ‘clergy’ and the ‘laity’, there was some interesting discussion online, and out of that John Griffiths passed me the article he wrote on the theology of the laity, which was published in The Reader Magazine (now titled Transforming Ministry) in Spring 2018 and is reproduced with permission.

The Church of England has a problem with the laity. Don’t take my word for it. This is what Setting God’s People Free a report of the Archbishop’s Council in February 2017 has to say.

One reason why the contribution and role of the laity is misunderstood and under-valued may be the absence of any systematic theological framework for thinking about lay engagement and leadership (p 13).

The distinction between the laity and those in holy orders centres on the calling of the latter to be permanent public representatives of the Christian faith. Readers too are called to a public role, but without the dog collar they are not visible as the clergy are.  I would argue that our role is less to represent and more to be present.  As lay people we know that God has known us from before birth and has formed us in the context where we have been placed. We trust that God speaks through every experience that we have. These are the materials through which the word of God is filtered.  The incarnation fuses God’s mission with the context into which the Son of God comes.

One way of illustrating this is with the words of Jesus aged 12, now an adult in Jewish understanding, telling his parents in the temple he had to be ‘about my Father’s business’ (Luke 2.49).  Those who interpret this devotionally (I must spend more time away from the world on religious matters) or sacerdotally (I must spend more time in the temple) miss the force of what Jesus is saying.  Neither of these interpretations fit. Jesus doesn’t keep running away to the temple to be about his Father’s business but returns to Nazareth and is obedient to his parents working in Joseph’s family business. The greater part of Jesus incarnational life is as a lay person immersed in the world. When he begins his ministry as the Christ announcing the Kingdom, he assumes a new role as intermediary and calls together a group of disciples whom he trains to be apostles in a representative role.  It is the hidden life of Jesus the layman which the laity follows and like Jesus at that time of his life, much of our service in the world is invisible and unrecorded. But Jesus in his workshop is still Jesus incarnate – the power of God present and active in the world.

The laity does have a ministry. St Paul, always the radical, addresses a struggling group of Ephesian Christians by flipping the conventional authority of Old Testament Scripture and replacing the tag ‘The law and the prophets’ with a new one ‘The apostles  and the prophets’, the foundations on which the temple of the Ephesian church is based (Eph 2.20). Paul likes the idea so much he uses it a second time in chapter 3: “the mystery of Christ.. has now been revealed by the Spirit to God’s holy apostles and prophets” (Eph 3.4).  The apostles and the prophets are working out the implications of the incarnation of Jesus Christ.  The laity has a prophetic role not as futurists, or ecstatics, but interpreters of the word of God in and for their culture.  Readers trained to be ministers of the word are the most highly trained lay exponents the church possesses. It is significant that Dr John Murray, a father figure and shaper of the Reader movement and master of Selwyn College where Readers went to train, used to regularly lecture on The Prophethood of the Laity (Celebrating Reader Ministry Rhoda Hiscox page 74).  Paul in Ephesians 4 goes on to describe those with leadership gifts as equippers (Eph 4.12).  It is the laity who is being equipped to minister in the world.  Readers have a foot in both camps as equippers and lay ministers.

St Peter writing to the refugees and expatriate Christians in Asia Minor calls a group of exiles ‘Proclaimers of God’s wonderful acts (1 Peter 2.9).  The extended metaphor sets them in the role of temple singers and poets – but they are hundreds of miles away from the Jerusalem temple.  It is lay people that Peter addresses. It is the laity who is expected to declare the acts of God.

It is ironic that during the 20th century, also called the century of the Holy Spirit, that confirmation demoted from being a sacrament at the Reformation, has further been marginalised so that baptism is now considered to be sufficient for the infilling of the Spirit and for Christians to take communion (International Anglican Liturgical Commission Toronto 1991).  I was surprised to find that in reading over half a million words to research this article there was almost no reference to confirmation—the laying on of hands by a bishop, praying for infilling by the Holy Spirit so the laity can be sent into the world to serve.  The Fresh Expressions report of 2012 refers to confirmation, but only as what it calls ‘a form of intensive membership’ (Fresh Expressions in the Ministry of the Church page 129), what church members do in and around their churches.  Perhaps 500 years after the Reformation it is time to remedy the collective amnesia of a church that doesn‘t recognise that the laity are Spirit filled and sent (though the Ambassador Scheme in the Diocese of London is re-imagining confirmation to do this).  Recognising the New Testament roots of confirmation would be a start even if this is just Jesus breathing on his disciples!  On the day of Pentecost Peter urges his Jewish listeners to be baptised in order to be filled with the Holy Spirit to fulfil the words of Joel that the Spirit is poured out on everybody young and old.  Until we remember that the laity also has hands laid on them, clericalism will continue to infantilise the laity.

If you are beginning to see the potential represented by the laity and their service in the world, can I also point out that at least half of the books of the Old Testament were written by lay people. And that the authors of a fifth of the New Testament books were not apostles.  The scriptures have not only to be read but interpreted by the laity because it is their experience of God at work in the world which the scriptures themselves embody.  And which the laity is called to carry with them.

Having laid the ground of the theological identity of the laity, we can now turn to the office of Reader. We are not in holy orders.  But we are called to be ‘out of order’ in the memorable words of Bishop Robert Pattinson. The office of Reader means that having been trained in the scriptures to a similar level to ordinands, we are authorised ministers, licensed to a particular parish, in submission to our bishops, supported by our incumbents and shaped by the congregations to which we belong.  We are not itinerant ministers but authorised within a specific context.  The statement of arrangements is tethered to what we do in and around church buildings and church services.  But our ministry does not finish at parish boundaries any more than that of the rest of the laity.  Readers are one of the most brilliant inventions of the Church of England, a body of ministers of the word, not a clerical order; spending the majority of their time as ministers of the word out of order and unaccounted for.  One reason why the Central Reader Council, Reader Magazine and diocesan Reader gatherings are so important for Readers is to be able to practice mutual accountability because so much Reader ministry is outside of their statements of arrangement.  It is for other lay ministers of the word to evaluate whether we are being faithful to our calling.  Since we are not a clerical order there are limits on how much we can be managed in and through our work in church activities and church buildings. The report Setting God’s People Free distinguishes between the gathered church and the sent church (page 9). Readers have a role to play in the sent church as much as the gathered church.  As they are increasingly doing in many roles including chaplaincy.

Briefly I want to offer some archetypes found in scripture to further unpack the roles Readers play—two helpful and one less so.

First is the prophet. There are two traditions through the Old Testament, first the institution expressed through the priesthood and the temple and the lay movement represented by prophets.  The prophets, always a lay movement spoke the word of God to the culture.  These two movements can also be traced in and through the New Testament as well.  I am suggesting that there is a prophetic role for the laity in general and for Readers in particular as authorised ministers of the word which arises directly from their experience as laity as they encounter the word of God. Read 1 Corinthians 14 and you will discover how important Paul rated prophecy—even in church gatherings!

The second is the poet in Greek or the scop in Anglo-Saxon: the maker and performer of words.  The term we would use now is wordsmith.  I can only commend to you Sally Buck’s brilliant chapter in the 2016 anniversary book about Reader Ministry where she uses George Ling’s typology of the 7 spaces in which ministers of the Word operate (Instruments of Christ’s Love: The Ministry of Readers chapter 1). We are trained to read the Word, and to be read by it.  And to commend the scriptures to people whether in sermons, study or in conversation.  Words are our currency.  Whether we use words written by others, or whether we sit down to write or speak out words ourselves. 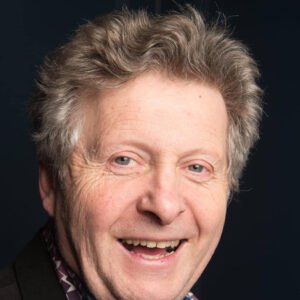 The third is the Levite and it isn’t helpful—not least, because without a consecrated space Levites could not operate.  And it positions us in perpetuity as support to the priesthood so we are back to being vicar’s little helper again. Of course part of our role is to work collaboratively with the clergy but I hope I have shown that our identity is distinctive and different. We are not deputies for when the clergy are absent but have a contribution to make which is complementary. We have to resist the gravitational pull of a clericalism which undermines our identity as lay ministers.

John Griffiths is a Reader in St Albans diocese. With a background in advertising and marketing, he now teaches business students in Higher Education in a local college as part of their Foundation degree studies.

17 thoughts on “Do we have a theology of the laity?”