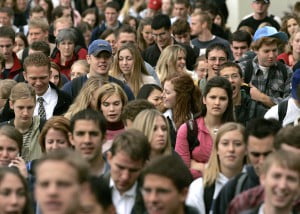 There is a great game you can play as an Anglican clergyman—I call it ‘numbers bingo’. You can play it whenever you are in a meeting with other Anglican clergyman, though it might work for other denominations too. You need to join in the conversation, and time how long it takes for someone to mention the numbers attending their church. Bingo! The time will vary depending on the dominant theological tradition in the gathering—but it is never very long.

Recent reports from the Church of England have suggested that it wants to focus on numbers and growth, and there are a good many voices arguing that this is a serious mistake, especially at Easter. For Giles Fraser, ‘Christianity, when properly understood, is a religion of losers… A church that successfully proclaims the message of the cross–death first, then resurrection–is likely to be empty and not full’. Fraser has no time for those churches which appear to be growing.

The worst of them judge their success in entirely worldly terms, by counting their followers. Their websites show images of happy, uncomplicated people doing good improving stuff in the big community. But if I am right about the meaning of Christ’s passion [and Fraser is in no doubt that he is!] then a church is at its best when it fails.

In other words, not only is an interest in numbers misguided, it represents a complete failure to understand the central message of Christianity—and is a contradiction of it.

This view appears to be quite widespread among certain commentators. Rachel Held Evans, the US blogger and author, has finally said good bye to the evangelical tradition and joined the Episcopal Church. Isn’t she worried that it is a denomination in apparently terminal decline? Not at all.

Lately I’ve been wondering if a little death and resurrection is exactly what the American church needs. What if all this talk of waning numbers and shrinking influence means our empire-building days are over and it’s a good thing? As the religious landscape in the U.S. changes, Christians are going to have to learn to measure our success by something other than money and power.

Amongst some proponents of fresh expressions of church in Britain, it can sound as though their small size is actually a mark of success, since new things always start as small seeds.

All this does have some good theological support. After all, it was because Israel was small, not large and successful, that God chose the nation (Deut 7.7). And at key moments in Jesus’ ministry, the followers are few, not many (John 6.66)—though Fraser makes the same mistake as many men in suggesting that at the cross Jesus ‘had no followers left’, which is only true if you ignore the women. But more fundamentally, the inversion of power and success is central to the New Testament, from the Magnificat’s scattering of the proud ‘in the imagination of their hearts’ (Luke 1.51) all the way through to the judgement of imperial power in Revelation 18. And all too often, the Church has been on the side of empire, particularly in its Christendom form. Perhaps the best expression of this can be found in the apocryphal story of the meeting of Francis of Assisi and the Pope. ‘Look’, says the Pope, ‘No longer do we say with Peter and John “Silver and gold have I none!”’. ‘No’, replied Francis, ‘and neither can you say “In the name of Jesus of Nazareth, rise up and walk!”’

Yet failure and smallness is only one part of the story. In contrast to John’s depiction of Jesus as lonely hero, the synoptic gospels frequently emphasise the size of the crowds that follow him and hang on his every word. And the account in Acts is punctuated by summary statements showing how much the message has spread and how many have come to follow ‘The Way.’ A recent critique of Church of England statements dismissed the language of discipleship and growth as belonging to ‘only one section of the New Testament’. But when that section is the synoptic gospels and Acts, I think we need to take notice of it! Even today, this fondness for failure is in marked contrast to the vibrant growth of Christian faith seen in many parts of the world. 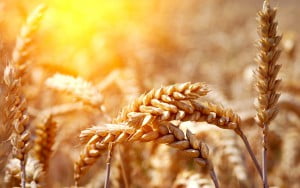 And the focus on failure doesn’t actually make much sense. Fraser comments that, on the cross, ‘failure is redeemed’. But redeemed into what exactly? More failure? Held Evans notes that ‘the New Testament church grew when Christians were in the minority’ but that very growth changed the church’s minority status. This highlights a basic misunderstanding of a key saying of Jesus in which he explains in advance the meaning of Easter:

Very truly I tell you, unless a grain of wheat falls to the ground and dies, it remains only a single seed. But if it dies, it produces many seeds (John 12.24)

The ‘failure’ here is not about lack of growth or fruitfulness; the death of the grain of wheat is about rejecting self-interest and turning from attempts at self-preservation. As we let go of our own agenda and focus on God’s agenda in the kingdom (Matt 6.33), the result will be fruitfulness. And the whole purpose of fruit is the production of more seeds, more plants and further fruitfulness. Dying to self, according to Jesus’ teaching, should not lead to empty churches, but to a crop of thirty-, sixty- or a hundred-fold (Mark 4.8). If we are ‘failing’, that perhaps that should be a prompt, not to celebration, but to asking whether we have yet experienced the death to self that Jesus invites us to.

This says nothing about the relative merits of large and small churches. It is well-documented that small churches often see more growth, and large churches can function as the back door through which the disillusioned exit more easily. But it does mean that the decline of the national church is nothing to be celebrated—and is certainly not a sign of Easter spirituality. If anything, it shows our desperate need to experience more of the resurrection.

We need to be constantly alert to the temptation to misuse power and find our self-esteem in the trappings of ‘success’, whatever that looks like. But in the end, numbers matter because people matter. Every statistic on church attendance is comprised of actual people, people for whom Jesus died and people who need to know about the truth of the Easter story and the difference Jesus can make in their life today. To believe that failure is the goal of the church is to believe that these people don’t matter.

(This article was first published in Christian Today.)

19 thoughts on “Do numbers matter?”