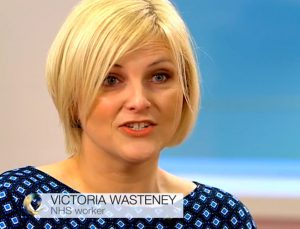 Peter Ould writes: A week ago Christian Concern issued a press release covering the failed Employment Tribunal Appeal of Victoria Wasteney, an NHS therapist who was disciplined for her interactions with a female muslim junior. According the Christian Concern (hereafter CC), the case raises all kinds of freedom of religion issues, but on closer examination is the issue actually the way that Christian Concern selectively presents the outcome of court cases it is involved in?

The ruling of the Employment Appeal Tribunal in this case is available online and makes fascinating reading. But before we explore it, it’s worth reading the CC press release to see how they reported the judgement. Here are some quotations from their piece:

Victoria Wasteney, the NHS therapist who was disciplined for giving a book to a Muslim colleague, has today lost her appeal against the Employment Tribunal’s ruling.

An internal disciplinary panel dismissed five complaints against her but upheld three saying that Victoria was wrong to have:

This had taken place over a period of several months in the context of what Victoria believed to be a genuine friendship.

This all seems fairly sensible. A worker invites another colleague to church (I do that), offers to pray with them (I’ve not done that unless the colleague is a Christian) and gave them a book (I think I’ve done that at some point). Nothing too serious right?

Now let’s read the Tribunal ruling. Let’s start at section 6 where Judge Eady is going through the established facts.

Well that’s interesting isn’t it? Here’s two things omitted from the CC account that are clear right at the start of understanding this case. First, the claimant had introduced Christian services on site which were then withdrawn because of the perception that rather than being voluntary and ecumenical, there was some pressure on staff and patients to attend and there were concerns about the style of the services. For those of us who are or have been pastorally involved in visiting care homes and providing sacramental services, we can probably understand this concern. I remember in one home I visited, Eucharist services were held in a room designated for that purpose. Residents were asked if they wanted to attend and if they did were enabled to do so. Attendance was voluntary and no pressure was placed on anyone. Services were liturgical and involved corporate prayer and response in order to make it as easy to participate in as possible.

The second point in section 6 of the ruling is even more important. The claimant was specifically told prior to the events which led to internal discipline that she needed to maintain proper professional boundaries in her work. This happened just four months before the Muslim junior joined her team and the events that led to disciplinary action occurred. We can read about those in section 63 of the original Tribunal, quoted in section 7 of the EAT ruling.

That puts a rather different spin on things doesn’t it? It’s one thing to pray for someone (I pray privately for my work colleagues all the time in general terms and occasionally if I’m close to them and I know they’re going through a tough time I ask them if I can explicitly pray for them, again myself in private), it’s entirely another to try and make a colleague, a junior trainee at that, to express a confession of Christian faith. Can we all see how asking a Muslim to say “I believe you are the son of God Jesus” is not in any sense a religiously or professionally neutral act? When I was running a team of people I wouldn’t have dreamed of using professional management time to pray for a junior member of staff and certainly not in this way. Conversations like this are much better undertaken in a pub with a pint glass in hand, not in the middle of the working day.

So where in the Christian Concern press release is this discussed? Where do Christian Concern share with us the full facts of the case? They don’t. Their press release is selective in the evidence it presents and completely omits not just the fact that the claimant engaged in behaviour that was way beyond any reasonable expectation of a manager but also that she had been warned about this just months previously. If anything, her NHS manager had been working in her favour by not pursuing anything formal previously—this is hardly the actions of a management set out to persecute Christians. It’s the behaviour of a good manager who says, “Come on now, clearly you made a mistake—let’s learn from it and move on”.

So in the light of this, it seems that the NHS discipline was appropriate. Indeed, upon internal appeal the discipline was downgraded to just a first written warning and a recommendation of training. The NHS also admitted that the internal process had taken too long and that it was wrong that the claimant hadn’t been redeployed as requested. It looks as though senior management went out of their way to be as gracious to the claimant as possible in the circumstances (para 14 in the EAT ruling).

Despite this the claimant took the NHS to the Employment Tribunal, which ruled as follows (quoted from section 21 of the EAT ruling).

Look at that last sentence—even the ET is being gracious at this point. There was no malice in what the claimant did, it was conducted out of goodwill to the Muslim junior, but it was inappropriate and unprofessional and the internal discipline was adequate and lawful.

The rest of the EAT ruling then discusses the legal points upon which the appeal by the claimant was made. It’s worth reading the whole text to see where the EAT ends up because it is instructive I think as to what going on in Christian Concern.

Read that second paragraph carefully. The judge is arguing that the Christian Concern legal team are quite simply not accepting the reasonable understanding of the facts that the original ruling was made on. If I wanted to be unkind I’d suggest that Christian Concern seem to be operating in a fantasy world where it is perfectly reasonable for a senior member of staff to turn a supervision session with a junior trainee into an imposed prayer session including language that would be religiously offensive to the junior. Folks, this is not how professionals behave even if they have the consent of the junior!

I don’t deny for a moment that Christian Concern do some good work. They have supported a number of Christians with valid concerns about their treatment and rightly so (see here the case of Sarah Mbuyi). But interestingly, some of the more important headline cases in this area haven’t actually been conducted by Christian Concern. Adrian Smith who was demoted from his job in the Trafford Housing Trust was represented by Hugh Tomlinson QC. Ashers Bakers in Northern Ireland are being represented by the Christian Institute.

The problem isn’t the fact that Christian Concern is supporting Christians who need to be supported, the problem is that on a number of occasions they are incredibly selective in sharing the actual circumstances of the issue involved. For example, take the case of Felix Ngole. On the surface this appears to be an open and shut case of discrimination against a student’s private religious beliefs, discussed in a non-threatening social media environment. However, when I in the light of my concerns of the communication by Christian Concern of the Wasteney case, asked Andrea Minichiello-Williams if she could share privately the content of the Facebook exchange that Ngole was involved in so that it could be demonstrated conclusively that he engaged in any offensive behaviour, I got no response. What am I meant to think that means in the light of the way that the Christian Concern press release re Wasteney complete omits to refer to a number of key facts that affect the case?

What is this about? Why are we as Christians not able to be open and transparent in these matters? Are we really willing to hide certain uncomfortable information because it doesn’t fit our narrative? Do we ignore the facts when the facts don’t lead to our preferred outcome? Is this how Christians behave?

I think many of us would be much more vocal in our support of Christian Concern’s work in this area if they could be more open and honest in their communication with us. I want to support persecuted Christians in the UK but if I’m honest I don’t want to feel like I’ve been duped into supporting someone who’s actually done something that any reasonable person, Christian or non-Christian, can see is clearly not correct behaviour. I can’t be the only one who feels this way.

19 thoughts on “Christian Concern and the Victoria Wasteney case”