Here is an article I have just written for Youthwork magazine, due to be published in May, and reproduced here with permission. The first, longer part is for the leaders; the second, shorter part is the summary message to the youth! 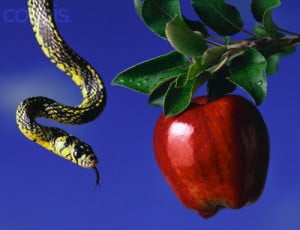 Can I blame the Devil for wrong things I do?

There was a time when the stock theme for a horror movie was the devil taking control of a human subject and wreaking havoc. This has now been superseded by vampires and zombies, but for some young people it remains a serious question: if the devil is real, does he have power over my life?

Interestingly, for many in our culture the first question is the opposite one: does a personal agent of evil exist at all? Anyone who has witnessed acts of extreme violence, or been involved in deliverance ministry, will answer a resounding ‘yes’—there is real evil in the world, and it seems to transcend the merely human. But the gospel accounts and wider New Testament also appear to support this idea: there is a real and personal power opposed to the purposes of God at work in the world.

Jesus’ ministry supports this idea, but also reveals some other important realities. The devil comes to test Jesus, as part of his preparation for ministry, and then leaves him ‘until a more opportune time’ (Luke 4.13)—suggesting that the devil is ever-present during Jesus’ ministry. Yet when Jesus does confront demons (understood as the agents of the devil in binding people through possession, illness or madness) there is no contest. They recognise him and his power, and with little more than a word of instruction, they are gone. Time and again, the key note of Jesus’ ministry is his uncontested authority over the forces of evil (Mark 1.27), and this is an authority that he shares with his disciples (Matt 10.1, Luke 9.1, 10.19).

What is the basis of this authority? Yes, in part, it is Jesus’ obedience to the Father, his filling with the Spirit, and his life of prayer. But John’s gospel makes explicit what the others hint at: it is Jesus’ giving of himself in his death on the cross which is the ultimate power over evil. In John, the cross is the moment of the shepherd giving his life for the sheep (John 10), when God’s love is revealed (John 3) and when the Son is glorified by the Father (John 12) but it is also when the ‘prince of this world is driven out’ (John 12.31).

The Cross as Triumph

Paul says something similar in one of his less-explored explanations of the meaning of the cross. In Col 2.15, he talks of the cross as the point where the ‘powers and authorities’ that keep humanity from knowing God and obeying him were ‘disarmed’, Jesus ‘triumphing over them by the cross.’ This idea is developed—with a twist—in Revelation 12, a chapter all about the triumph of Jesus in his death over the power of the devil. ‘Now have come the salvation and the power and the kingdom of our God’, the kingdom which Jesus proclaimed in his ministry (Rev 12.10) ‘for the accuser of our brethren’ (that is Satan, whose name means ‘accuser’, or the devil) ‘has been thrown down. They triumphed over him by the blood of the lamb’, that is, Jesus’ death on the cross, ‘and the word of their testimony’, that is, the reality of Jesus in their lives. 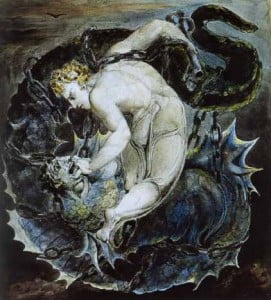 And the twist is this: Jesus’ victory on the cross is so complete that he can delegate the expulsion of Satan from the heavenly realm to an angel, Michael (Rev 12.7–9). There is no contest! As in his ministry when sending out the 12 and the 72, anyone who is now ‘in Christ’ shares in this triumph. Thus it is that James, Jesus’ brother, can invite us to ‘Resist the devil, and he will flee from you’ (James 4.7) and Peter says something very similar (1 Peter 5.8–9).

This is not to say that we won’t be tempted. We need to grow in understanding, maturity and character as we allow the fruit of the Spirit (Gal 5.22) to be formed in us. But we do this knowing that Jesus has already won the victory.

Can I blame the devil for the things I do wrong? No I can’t—for the simple reason that, in Jesus, the devil has no power over us. The Bible is clear that there is a personal agent of evil who aims to hide from us the love of God. But it is equally clear that this agent is no match for God. The battle is not between two equal and opposite powers; in the cross, Jesus decisively defeated the devil, and for anyone who is in Christ he has no power over us.

This does not mean we won’t face temptation; we are free from the power of sin, but not yet from its presence. But the answer to this is to resist the devil, to grow in maturity, and to allow the Spirit of God to form his good fruit of holiness in our lives.

4 thoughts on “Can I blame the devil for the wrong things I do?”