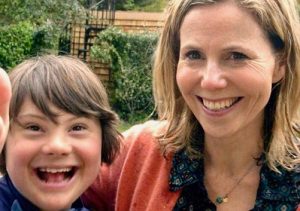 General Synod of the Church of England met last week from Thursday to Saturday, and it was markedly less traumatic than some previous meetings. There were some challenging issues—the main ones for debate being the proposal for moving towards interchangeability of ministry with the Methodist Church, a report on safeguarding issues, and a motion on the value of people with Down’s Syndrome. But there was a lower prevalence of speeches aimed at emotional manipulation, and a willingness to actually engage with theological issues in the context of debate. Perhaps kicking things into the long grass is helpful if it means we get cross with each other over something other than sexuality…!

But I came away from the final debate with surprising feelings of anger and disappointment. The motion on Down’s Syndrome was prompted by the availability of non-invasive pre-natal testing (NIPT) for Down’s, which it is feared will lead to an increase in both the pressure and the practice of termination of a foetus on the basis of having Down’s Syndrome alone, moving us towards the situation in Iceland where termination is near 100%, and there are very few people with Down’s left in the country. The concern is not simply about official policy but about actual practice, which consistently appears to put pressure on parents. Sally Phillips, the comedian whose 11-year-old son Ollie has Down’s (pictured), talked at a lunch-time meeting about friends of hers who had been approached nine times with the possibility of termination during her pregnancy.

The motion for debate had several parts in it, moving from the Church’s view and concerns, through to a request to medical agencies to ensure that impartial information and support is offered to parents during the pregnancy.

That this Synod, valuing all human life equally and celebrating the advances in medical technology which help alleviate human suffering:

(a)affirm the dignity and full humanity of people born with Down’s syndrome;

(b)request dioceses, parishes and the NCIs to work to review their activities and the provisions they make for people with Down’s syndrome and their families, to ensure a real welcome for all;

(c)support the continued development of ante-natal care including access to information that new, safe screening techniques provide; and

(d)call on Her Majesty’s Government and relevant professional bodies to ensure that parents who have been told that their unborn child has Down’s syndrome will be given comprehensive, unbiased information with regard to this condition

It came with a very helpful background paper from Mark Sheard, as chair of the Mission and Public Affairs Council, and an excellent opening speech from James Newcombe, the Bishop of Carlisle. Within the debate, there were several proposals of amendment, and three of those sought to make the issue of abortion of those with Down’s Syndrome more explicit. James Newcombe resisted each of these, on two grounds: first, that the debate here was not one on the issues around abortion, but solely on the question of information relating to pre-natal testing; and secondly, that a statement which pressed the Church’s own position on abortion (‘which is clear, coherent, and pretty conservative’) would make it harder to ‘speak to’ non-Church bodies like the Government and the General Medical Council.

On the first point, James is right that the Church’s position is clear, and this was included in the briefing paper:

The Church of England has a clear and established policy with regard to abortion: ‘The Church of England combines strong opposition to abortion with a recognition that there can be – strictly limited – conditions under which it may be morally preferable to any available alternative’. ‘In the rare occasions when abortion is carried out beyond 24 weeks, ‘Serious foetal handicap’ should be interpreted strictly as applying to those conditions where survival is possible only for a very short period’. (para 34)

This refers to an earlier paper from the MPA in 2005 which was endorsed by Synod. But I found it very odd to suggest that make some reference in the motion to this issue in the briefing paper was in any way muddying the waters. As both the debate, the briefing paper, and the fringe meeting with Sally Phillips had made very clear, the concern about NIPT precisely arose from the possibility that it would lead to a higher rate of abortion—and how can you value a group of people that you are seeking to eliminate? Despite the language in much public debate, NIPT and abortion is not about ‘ridding the world of Down’s Syndrome’ (since it is not a disease) but eliminating people with Down’s Syndrome. As one parented commented on the previous post on this issue:

She is not a burden – can anyone predict if their children will need extra support in any area or if they will contract a disease? She is who she is and she is just as human as anyone else. I fear for the day I have to explain to her that many people don’t think she is equal or as valuable and, in fact, there is an active process in place to eliminate people like her.

And, again, the briefing paper made precisely this connection:

The place within society of people with Down’s syndrome and even their possible future existence are now under question, however, as a new form of prenatal screening begins to be rolled out this year within the NHS, with additional provision being offered by the private sector. Non-Invasive Prenatal Testing (NIPT) is not intrinsically problematic, but the manner in which it is introduced, understood and administered has the potential to lead to major reductions of Down’s syndrome live births. In countries such as Iceland and Denmark, which have almost universal screening and close to 100% termination rates1, there is a real possibility that people with Down’s syndrome will effectively disappear from their populations. With a post-screening abortion rate of 90% within the UK2, the introduction and potential widespread use of NIPT requires a timely debate on its possible consequences. (para 2)

On the second point, I had to ask myself why we are so timid in being clear about what we believe? Martyn Taylor’s proposed amendment was very modest, simply asking that the affirmation at point a. referring to people with Down’s Syndrome ‘before and after birth’. In doing this, Martyn was proposing that we simply use the language found in the United Nations Declaration of the Rights of a Child:

Whereas the child, by reason of his physical and mental immaturity, needs special safeguards and care, including appropriate legal protection, before as well as after birth… (in the Preamble).

James Newcombe’s objection here was that saying this would make it harder for Government and GMC to listen to the request made in the motion. But the request came in point d, not in point a. And it is difficult to see why aligning with the UN Declaration would appear to be so unpalatable. But there is a wider point which this hints at: in our discussions with other bodies, and in our making reasonable requests, why are we so shy at being open for our reasons for doing so? If we did make the Church attitude to abortion clear, and if that is at odds with the views of professional bodies, why would that disqualify our request? Do we have to look like these bodies before we can speak to them? Are they so closed to reasonable requests from people with different views, values and outlooks? And does the Church of England have to, chameleon-like, changes its colours to match its surroundings before speaking into a particular context? (Before anyone points it out, I know that chameleons don’t in fact do this.) American theologian Stanley Hauerwas urges that our main priority for living in a post-Christendom world should be to ditch our obsessions with relevance, and simply be the Church we are called to be. And we are not called to be chameleon.

On this issue, it might not in the end make much practical difference. But I am saddened that, in rejecting these amendments, we held back from saying the thing that I think most disabled people want to hear: that we not only value them, but we are prepared to confront those who would see them eliminated. If we cannot do that, can we really say that we value them without qualification?

In the chamber we had one of those moments that occur in Synod of risk-aversion and deference, and the resistance of James Newcombe to the amendments was translated into rejection of them. It was shame; it was a missed opportunity; and I think it indicates a weakness in our strategy of engagement with our culture. And I felt cross.

25 thoughts on “Are people with Down’s syndrome truly valued?”