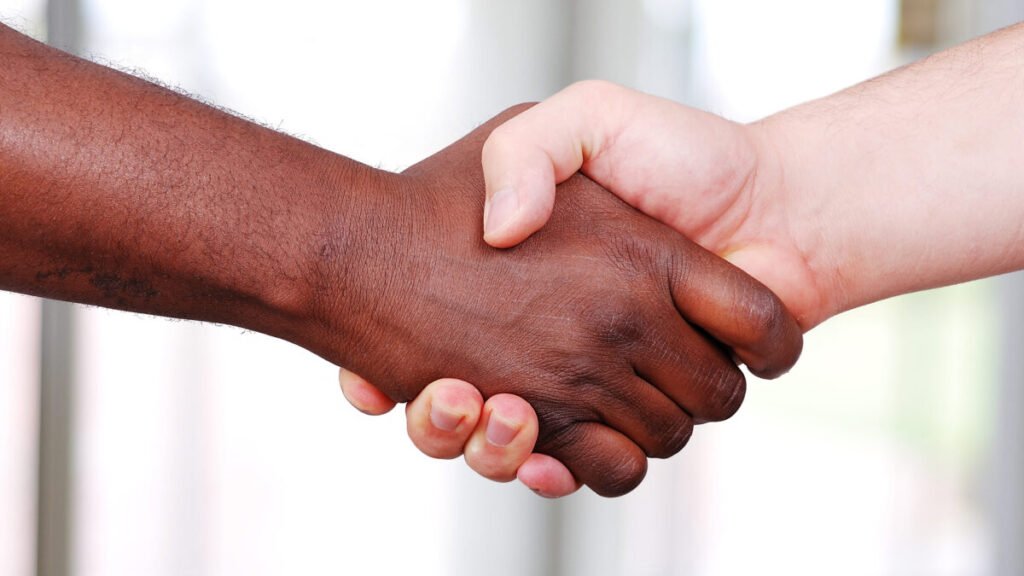 I write a quarterly column for Preach magazine, in which I explore a significant word or phrase in the Bible and the ideas that it expresses. I have written for them on:

This column explores the question ‘Why should we welcome the stranger?’ as part of a whole edition of the magazine on this issue.

Many of us find meeting people from another context, culture or language challenging. When people think, say or do things differently, we find it—well, strange. That is why we call them ‘strangers’! It is much less work relating to people who are like us—and strangers find the same. That is why, in any context, minority ethnic groups will almost always cluster together; this is the unexplored reality behind our current debates about race and discrimination.

Many cities in Europe, during the Middle Ages, were divided into distinct areas for the different ethnic groups that lived there, each with their own diet, culture, and dress. Yet when I lived in Slough, in Berkshire, in the 1980s, I found exactly the same thing. I could tell you precisely which streets were occupied by Muslims, Sikhs, Hindus, and indigenous white British. We find life easier to live amongst people like us.

What does scripture say about this dynamic, and about our encounter with the stranger? The first claim is that all humanity is made ‘in the image of God, male and female’ (Gen 1.27). Such a claim was radical then, when Genesis was written, and it is radical now. It is all too easy to treat those who are different from us as less than us, and another small step to treat them as less than human. Scripture forbids it.

The global genealogy that we find in Genesis 10 might seem obscure and mythical to us—but it says something very important. All humanity, in its variety and diversity, has a common spiritual ancestry in Adam and Eve—there is only one race, the human race. The story of Babel in Genesis 11 tells us that this diversity becomes rivalry and enmity only as the result of sin.

The stranger in Israel

God’s call of Abraham, and the forming of the people of God from his offspring, brings this question into sharp focus. If Israel is the chosen people of God, how should they treat the stranger in their midst? The answer is remarkable.

The term translated ‘stranger’ or ‘resident alien’ is ger; it appears to be derived from the verb gur, meaning ‘to dwell’, but Jewish commentary claims is it related to the noun gargir, meaning ‘an isolated berry at the end of a solitary branch’. This offers a powerful picture of how vulnerable it feels to be a stranger in a land far from home—and it shapes how Israel is to respond to such strangers:

The stranger who dwells among you must be treated as your native-born. Love them as yourself, for you were foreigners in Egypt. I am the Lord your God (Lev 19.34).

There are three remarkable things here. First, the creation principle springs from recognition of the sovereignty of God. Secondly, Israel must welcome the stranger since they know what it is to be a stranger in a foreign land—all the way back to the time of their father Abraham (Gen 23.4).

Thirdly, this section of teaching in Leviticus articulates what Jesus calls the second great commandment, and it is ‘like’ the first: ‘you shall love your neighbour as yourself’ (Matt 22.39, Luke 10.27). Even ‘sinners’ love their own kind, in their own safe groups (Matt 5.47); the true test of whether you love your neighbour is in your response to the stranger.

A community of strangers

The outworking of this love for stranger is precisely what we find amongst the early followers of Jesus. God has destroyed the ‘dividing wall of hostility’ between Jew and Gentile (Eph 2.14) and therefore between all who were strangers to one another.

In Acts 13, we find the believers in Antioch being led by a black African, a wealthy Jew, a displaced exile, a compromised political leader, and a fanatical Pharisee—reflecting the ethnic and economic diversity of the city. Paul’s list of fellow ministers in Romans 16 includes female and male, Jew and Gentile, Greek and Roman, ex-slaves and influential politicians, wealthy and poor. It is a case study in those who are from ‘every nation, tribe, people and language’ (Rev 7.9) as humanity redeemed by Jesus and restored to God’s original intention of unity in diversity.

In the stranger, I meet someone who challenges and dethrones the idea that I, and my cultural outlook, is the centre of the world. I meet someone who is made in the image of God, no matter how different this person is from me. And I meet someone for whom Christ died, and whom he longs might be incorporated into his multinational, multicultural, multilingual people of God.

These are the compelling reasons why I need to learn to ‘welcome the stranger’.

27 thoughts on “Why should we welcome the stranger?”