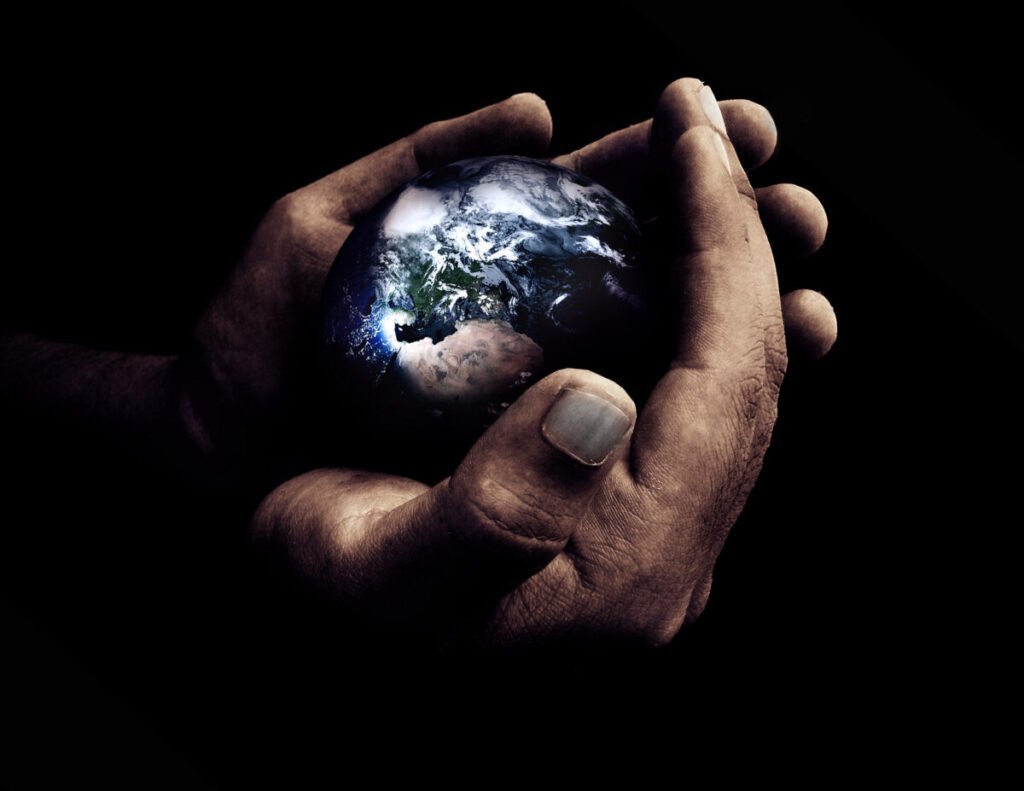 I write a column for Preach magazine, in which I explore a significant word or phrase in the Bible and the ideas that it expresses. The first one was on the phrase ‘Word of God’, and second on ‘Justice’, the third on ‘Mission’, the fourth on ‘Apocalypse‘, the fifth on ‘Healing’, and the sixth on ‘Welcome’. This one, which was published in issue 26 (Spring 2020) explores the issue of Creation.

The foundational Christian belief about God is that God is creator.

We believe in God, Father Almighty, creator of heaven and earth, of all things visible and invisible. (Nicene Creed)

This belief is the fons et origo of the whole Scriptural narrative of God’s dealings with the world and humanity—it is where the story must start and flow from—and if we get our understanding of creation wrong, then we end up with a misunderstanding of God and a misconception of humanity’s place in the world. There are four convictions which emerge from the biblical narrative.

The first is that God is separate from his creation. ‘Separation’ is a repeated theme in the both creation narratives in Genesis 1 and 2, and it reflects the separation of God and creation. In contrast to other creation narratives in the ancient near east, creation is not part of God and so worship is to be reserved for God alone and not given to any part of the created order. That is why Gen 1.16 is emphatic that ‘God made the two great lights’; the sun and the moon are the means of God’s provision, not providers in themselves.

This separation has been expressed in the doctrine of creation ex nihilo; God is not moulding  pre-existing material that is self-generating, but is the source of all things. And it is the reason why we cannot describe creation as a ‘first incarnation’ of God, as though creation were part of God. As theologian Roger Olson puts it:

Creation is the free act of a personal creator who acted out of his own goodness. And the free, good creator created the world, the universe, out of nothing (“ex nihilo”). The metaphysical structure of the Bible is duality without dualism. The world is not God; God is not the world.

Because of this, the second conviction of Scripture is that God is sovereign over creation. God is absolute; creation is not. ‘The earth is the Lord’s and everything in it’ (Ps 24.1). When God creates humanity, male and female, in God’s image, the first command that God gives is for humanity to ‘be fruitful and multiply; fill the earth and subdue it. Rule over [it]’ (Gen 1.28). A vicar once saw a parishioner tending his garden.

‘What a good job you and God are doing in the garden Mr Smith’.

‘That’s true, vicar, but you should have seen the mess when God was left to himself!’

We are invited to share in God’s sovereign rule over creation—not exploiting and destroying it, but taming its wildness and ordering its fruitfulness. We are to be agents of God’s just, gentle and gracious rule.

That is because, thirdly, God has compassion for his creation. Ps 104 is a sustained hymn of praise to God who provides for all his creatures:

All creatures look to you to give them their food at the proper time. When you give it to them, they gather it up; when you open your hand, they are satisfied with good things. (Ps 104.27–28)

A proper reading of Genesis shows us to be on the same side of the creator/creature divide; God’s care for his creation assures us of his care for us, as Jesus highlights in his own teaching about God’s provision (‘Look at the birds of the air…’ Matt 6.26).

It is this compassion which led God to come to his creation in the person of Jesus. The one through whom the world was made came to that world in flesh and blood (John 1.10); without the separation of God from the world, the incarnation loses the power of its paradox. ‘Hands that flung stars into space/to cruel nails surrendered’ (Graham Kendrick).

And our failure to reflection this compassion brings judgement. The weekly Sabbath commanded by God was to be rest for the land, not just the people, and the failure to honour the seventh-year Sabbath of Lev 25.4 is given as a reason for the 70 years of exile in 2 Chronicles 36.21. When God comes to judge the world, he will ‘destroy the destroyers of the earth’ (Rev 11.18).

Yet in the end, God will redeem the creation. All of creation ‘strains on tiptoes’ (J B Philips) to see the redemption of which we have had a first taste (Rom 8.22) through Jesus, in whom the ‘whole of creation holds together’ (Col 1.16), and who ‘sustains it by the word of his power’ (Heb 1.3). Through him there will be a ‘new creation’ (Rev 21.1), the fulfilment of what we have already known (2 Cor 5.17).

Our care for creation does not arise from merging creation with God, but from God’s sovereign care which he invites us to share in, pointing towards the End in which all things are made new. 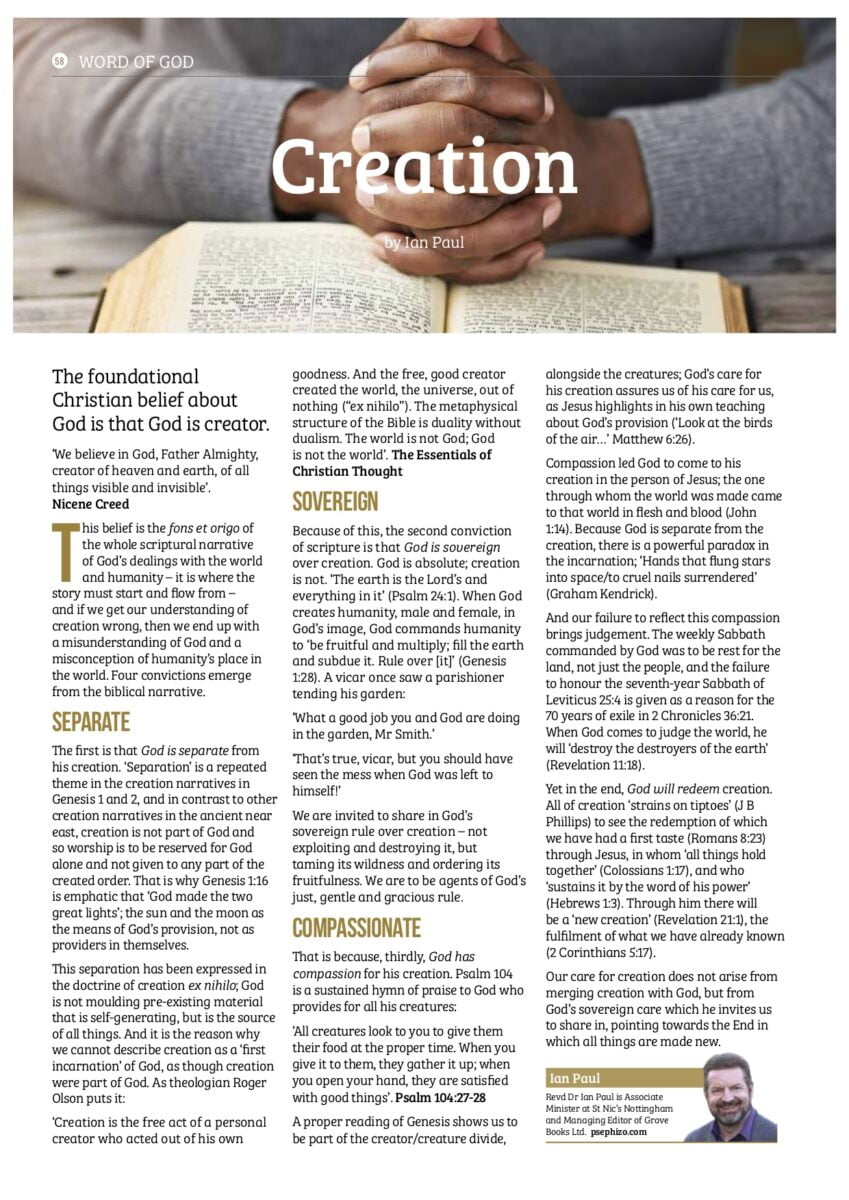 7 thoughts on “What does the story of Scripture tell us about creation?”