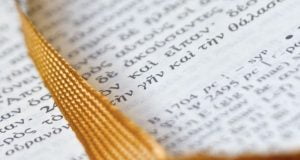 Father Richard Peers offers this review of the Tyndale Fellowship NT Study Group at the beginning of July:

Anyone following current education debates on Twitter or in the blogosphere will know that there is a revolution taking place in schools. The old progressive ways of discovery learning are giving way to knowledge-based learning. Facts, memorisation and ‘chalk and talk’ (without the chalk) are in fashion. Throughout my adult life I have stood with one foot in the world of education and one in the church. I have tried to integrate these overlapping worlds and allow one to inform the other. Despite being trained as a teacher (in the 1980s) in progressive methods of education, I am completely convinced that we were wrong and that knowledge-based learning is essential if we are to give our children a good education.

I have attended innumerable clergy retreats, conferences and events where the discovery-based methods in education have been very evident. I have held innumerable pebbles and lit a lifetime’s supply of tea lights. I was delighted, therefore, when Ian Paul (who chairs the NT Study Group) tweeted information about the annual Tyndale Conferences. Although I am in no sense an academic or NT scholar he encouraged me to book, and I did. Week by week I preach on the Scriptures and I wanted something intellectually challenging and meaty. I was not disappointed. The Tyndale Fellowship study groups are a series of mini, overlapping conferences. New Testament and Biblical Theology were occurring simultaneously while I was there and Old Testament had just concluded allowing some people to attend Old and New Testament sessions. There was some movement between the sessions and I attended two Biblical Theology events.

Tyndale House is a residential library in Cambridge, a two minute walk from Wolfson College which provided the accommodation, meals and bar – not much used by college delegates, a clear difference from most of the conferences I attend. Although Tyndale has strong Anglican links, many of the delegates at the NT conference were not Anglicans and the Tyndale Fellowship statement of faith feels rather fiercely Protestant. It was a very international gathering – Finland, Canada, USA, Australia, New Zealand, France, Germany and a strong contingent from northern Ireland. I don’t know exact figures but I would guess that fewer than 20% of those attending were women.

The basic format adopted in sessions was paired 30-minute papers followed by questions. The pace and variety was extremely stimulating. Like good knowledge-based learning there were no break out groups, paired work or other delights of progressive education. The intellectual level was demanding but not exclusive. I have a little Hebrew and more Greek; most people had Greek New Testaments with them but I was not embarrassed to have an interlinear NT in front of me. Most delegates were academics in Christian institutions or PhD students. I had many stimulating conversations throughout the three days and everyone I spoke to seemed interested in how I might apply their interests in my work in schools. No one was anything less than welcoming and friendly to this intellectually lightweight, generalist in their midst.

The sessions I attended all provided material that would easily be adapted to work in schools. An excellent introduction to the Jewish Jesus in Acts was followed by a fascinating study of the Matthean Beatitudes by David Wenham. A study of the use of Isaiah 61 as applied not just to Jesus but also the whole apostolic community was fascinating and I enjoyed Kent Brower (from the Nazarene College in Manchester) on Identity and Mission in Mark.

Some will know Christopher Shell as a senior member of staff at St Paul’s Bookshop at Westminster Cathedral. He presented some of his work for a PhD, on underlying structures in the four Gospels, with great aplomb and energy. I (like most people present) was unconvinced by his argument that this was an intentional structure of the evangelists, but it would be easy to use this material to help understand and learn the Gospels better, something very feasible with children 11 and upwards.

I wanted to hear Ian Paul speak so attended his session on Revelation (his doctoral study) in the Biblical Theology group and was not disappointed. He is an excellent teacher and he helped me see Revelation as very much in the mainstream gospel tradition.

On the final day after excellent sessions on the, sometimes under-appreciated, letter of James and Jesus’ self-denial sayings, I once again abandoned the New Testament group for Biblical Theology and two really superb presentations, one on the contemporary city and the second on marital imagery as the lost meta-narrative of the Bible by Colin Hamer, a session which completely convinced me, and which has sent me scurrying to numerous texts. It was also a session that highlighted the importance of marriage as the fundamental relational covenant in the Bible and, therefore, the significance of the desire of people in same sex relationships to identify these as marital. I was particularly struck by Hamer relating marriage to the atonement through the mohar, the price paid by the father of the groom to the father of the bride.

The Tyndale Lecture at the end of the first day was given by Dr Armin Baum on 1 Tim 2:14. It was a challenging session played as a mind-game on the capacity of women to preach and lead given the possible biblical (and social scientific) claim that women might be more easily influenceable than men. The evening was saved, for me, by the deep wisdom of David Wenham in chairing the session who constantly returned it to the women present and by Ian Paul and others’ contributions drawing attention to the whole biblical narrative and especially the New Testament narrative that highlights the role of women in the church. It was, intentionally, an uncomfortable session but I would have been more comfortable if a woman had produced the material – which would not happen, and that perhaps says all that needs to be said.

It was a deeply wonderful three days. I was surprised that there weren’t more opportunities for worship but delighted to be invited by Ian to share in leading morning prayer on the final day. I imagine that it would change the nature of the conference if there were too many non-specialists like me present—but I thoroughly recommend the conference as an opportunity to do serious biblical reflection in a faith-filled context.

I gained a great deal from the conference and would love to go again next year although I might be more comfortable with Biblical Theology than the very detailed work of New Testament. Tyndale is, of course, not my natural milieu but, as always, I was struck by the way in which orthodox Christian belief provides a deep fellowship. I met many people with whom I enjoyed talking and getting to know. It is probably just a personality thing—but I especially loved the lack of apparently clever cynicism that all too often pervades Anglican gatherings; there was no attempt at pretending other than that we were a group of people who love to talk about Scripture. There was no embarrassment, over meals or walking between sessions, at talking about this endlessly fascinating subject.

There is much talk in the Church of England about mutual flourishing. I spend a considerable amount of my time and energy trying to ensure that it is a reality. I am convinced that if it is to be real it must mean not that groups each flourish separately but that the ‘mutual’ means that we flourish because we gain from each other. I gained much from this conference and am grateful that I have had this enriching experience. 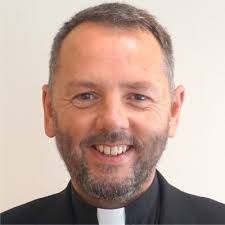 Father Richard Peers is Director of Education in the Diocese of Liverpool, and tweets (often!) at @educationpriest

12 thoughts on “What does detailed biblical study offer ministry?”