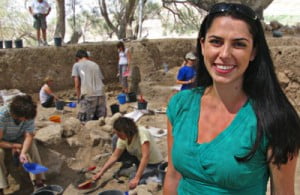 Last Wednesday saw the first of three programmes, ‘The Bible’s Buried Secrets’, in which Dr Francesca Stavrakopoulou of Exeter University looked at what archaeology tells us about the Old Testament. This first episode explored whether there was evidence for King David’s ’empire.’

What did we learn?

1. Subjective Bible versus Objective History?
From the opening, Stavrakopoulou and other commentators draw a sharp distinction between the Bible as subjective, with an inherent bias because of its interests, and ‘objective’ (even at one point ‘scientific’) history and archaeology. Within the first few minutes, she comments:

Can we trust that the biblical story of David’s kingdom is historically accurate?

and she goes on to contrast ‘incontestable divine truth’ with her ‘more objective view as a historian’ and that the evidence would be ‘analysed dispassionately’. This process would evaluate the

best evidence for and against the biblical David…his united kingdom and the existence of David himself.

I don’t in fact think the programme goes on to do this, but the main problem is in the assumption itself. There is no doubt that those writing the biblical text had a clear aim in view, and it is also true that many Bible readers have assumed a sense of ‘objectivity’ for the Bible which (in modern terms at least) it does not claim for itself. But even modern history lacks the ‘objectivity’ claimed for it. Historians all have a certain perspective, often shaped by their own context and intellectual heritage, and usually write with the aim of demonstrating a thesis. (See the current controversy around a book like The Wealth and Poverty of Nations by David Landes.)

Another dimension to this is the use of sources. It always seems strange to me that the Bible is dismissed as a source for historical investigation, when other, similar, ancient documents are held up as showing insight. Later in the programme, another archaeologist Israel Finkelstein comments:

You cannot use the Bible text to guide you around Jerusalem.

There is a fair criticism of a naive use of the Bible in this, but there is a deeper question about the status of the Bible as an ancient text which can in fact tell us about the world of its time.

2. The Bible and its popular use
Stavrakopoulou often conflated things the Bible depicts with popular use of it. The most striking example was the idea that the Bible depicts the Philistines as ‘barbarians’, in the sense of uncultured, so that the discovery of sophisticated weaponry and cultural artefacts shows the Bible is wrong.

But in fact the Bible does not suggest that the Philistines were at a primitive stage of technological or cultural development—it depicts them as the opponents of God’s people. It is quite widely recognised now that in fact Israel was itself not very highly developed, which is what makes its victories in war all the more remarkable. One of the recurrent themes in Deuteronomy is that God has chosen Israel even though they were the smallest and least impressive of nations (Deut 7.7), and the text almost expresses exactly the contrast archaeology confirms: ‘You are about to…dispossess nations larger and mightier than you…’ (Deut 9.1–3).

There is an important lesson here, particularly for readers of the Bible, to read what is there and not what we think it there or what we would like to be there. But to undermine popular misreadings of the Bible is not the same as showing the Bible to be mistaken.

3. Complexity of the arguments 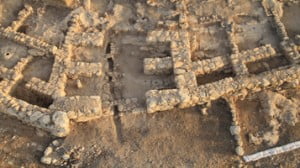 At times there were hints in the programme of the complexity of the arguments about Old Testament. We heard about the claims of Yigael Yadin, the counter-claims of Israel Finkelstein, the discoveries of Yosefl Garfinkel at Khirbet Qeiyafa that would overturn Finkelstein’s theories, and other discoveries in Jerusalem. But overall the presentation was of a confident, convincing consensus view presented by Stavrakopoulou.

In fact, most things in this area are in dispute, and scholarly opinion changes every decade or two. Even now, the thing which provides the basic backbone to chronology in Ancient Near East studies—the dating of the successive Egyptian pharoahs—is still a matter of debate, with two main theories fighting it out.

There were again only hints at another important dimension of this debate—the question of how much evidence we should expect to find. When at Khirbet Qeiyafa, Garfinkel comments:

In other words, we are going back to some of the earliest evidence of settled civilisation, and digging back through sites which have often been continuously occupied for 3,000 years, with each generation demolishing and rebuilding on top of what went before. In other words, evidence of any sort is often hard to come by.

Related to all this is the matter of the vested interests of academics themselves. I have no doubt that, when this series was produced, Stavrakopoulou herself will have been considering questions such as ‘How will this programme affect recruitment to my department? How will it affect my standing in the academic community? How will it help book sales?’ This is not to be cynical, but just to be realistic about the reasons why people get involved in these projects. (They are questions I would ask!) In fact, there is strong evidence that commercial concerns are corrupting the work of archaeology generally. If you find an inscription in Israel, and you know there are competing parties who are willing to pay good money for such evidence, what would you do? (For an example of a recent case still in dispute, look at the ‘James ossuary.’)

Conclusion
In the end, I didn’t think that Stavrakopoulou’s arguments sounded very convincing.

This is a long way from the idea of ‘objective analysis’ of the evidence from David, and sounded much more like the view of someone with an academic, theological and ideological axe to grind. And the idea that the post-exilic writers would create a story of David uniting the two kingdoms as a model of the ideal king seemed like palpable nonsense to me; it would make much more sense to have simply portrayed the southern kingdom he ruled as superior.

The final conclusion, that religion (which ‘deals with the mysterious and unexplainable’) and politics should be kept separate, is at best naive and at worst a power-play to marginalise religious views.

The programmes will of course be interesting as a window on some of the issues. But a much better format would have been to present a range of different possible views, including those with a more positive view of the role of the Bible, and then reflect on the issues arising.

20 thoughts on “What did the ‘Bible’s Buried Secrets’ Unearth?”