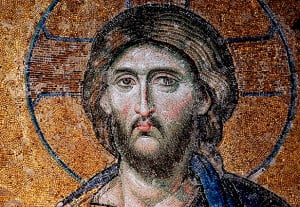 I have written a Grove booklet on Same-sex Unions: the key biblical texts which is available from the Grove website. It explores, briefly, all the main biblical texts in the Old and New Testaments which come up in the debate on the issue.

Here is the chapter on the gospels and Acts.

The material in the gospels and Acts is of quite a different kind from the texts we have been looking at so far, in that there is no explicit mention of same-sex sexual activity. Arguments from this part of the New Testament therefore need to be made by inference to a large degree. This does not mean that there is nothing of importance here. But it does mean that we need to read realistically, taking historical context seriously, and being aware of the dangers of arguments from silence.

One of those arguments is that Jesus said nothing directly about the question of same-sex unions, and the inference made is that Jesus’ teaching has nothing to contribute. This is not strictly true, as we can see from two sets of texts.

First, in relation to the dispute about divorce (Mark 10.6, Matt 19.4), Jesus returns to the creation accounts. He emphasises the gender binary of humanity by citing Gen 1.27 first, before citing the explicit teaching on marriage in Gen 2.24. Marriage is not to be dissolved trivially, since it represents the restoration of the original unity of humanity.

It is worth noting that ‘sexual immorality’ (porneiai) is in the plural, and is included as a separate item from ‘adultery’ (moicheia). This term would include premarital sex before marriage,27 and sex with a prostitute, but would also refer to illicit sexual unions prohibited in Leviticus 18.28 Given Jesus’ ‘conservative’ approach to sexual ethics generally (such as supporting the more restrictive of the approaches to divorce), it is difficult to imagine that he did not also share the characteristic Jewish rejection of same-sex relations.

Against this, it is often noted that Jesus caused a scandal by his association with ‘tax-collectors and sinners’ (Mark 2.15–17; Luke 5.29–31; Matt 9.10–13), that he touched the ‘lepers’ (Matt 8.3) and others who would have been considered unclean (Mark 5.25–34). Eating meals with such people was particularly significant, since sharing food in someone’s home was a sign of acceptance of them.29 This was clearly a significant aspect of Jesus’ ministry, and one we need to take seriously. In some ways it is continued in the first generations of Christians; from what we can tell, the Jesus movement was particularly attractive to those in the lower echelons of first-century society. If any marginalized group in society is missing from the church, this suggests that we are not following Jesus’ pattern of engagement.30 But we also need to observe:

So Jesus’ association with ‘sinners’ was not simply a question of hanging around with undesirables, or even welcoming them, but being prepared to take the risk of being with them in order to preach the good news of the transforming power of God’s presence in his kingdom. If anything marked him out from the Pharisees, it was his belief that even these ‘sinners’ could change and be transformed.32 This is typified in the encounter with the woman caught in adultery in John 8. In this encounter, Jesus simultaneously confronts the hypocrisy of the accusers, pronounces forgiveness to the woman, and affirms the possibility of change and transformation: ‘Neither do I condemn you; go and sin no more’ (John 8.11).33

Several other arguments have been made to suggest that Jesus’ teaching should lead us to accept same-sex activity:

Acts 15 requests Gentiles to refrain from certain activities which were viewed as part of their Gentile identity and there is a strong case that amongst these was homosexual practice…[T]he value of Acts 15 for those seeking further to revise traditional church teaching on homosexuality is very limited. Indeed, by focusing attention on the Jerusalem council, revisionists may, ironically, have highlighted yet another biblical basis for insisting that, even as the church continues to struggle with this issue, to repent of its past hostility to gay people, and to welcome them into the church and learn from them as gay Christians, it must appeal to all disciples of Christ to refrain from homosexual conduct.36

30 The group consistently missing from churches in the West has been the working class, and especially working-class men.

32 Note that elsewhere he commends the teaching of the Pharisees; it is their failure to live out their teaching that he condemns (Matt 23.3).

33 The Lukan style of the passage makes it unlikely that it was part of John’s gospel originally, and poor textual support raises questions about its historical authenticity. But the episode seems highly characteristic of what we know of Jesus elsewhere in the gospels.

34 It is worth noting here that we have no evidence that Jesus was heterosexual in terms of contemporary categories of sexual orientation.