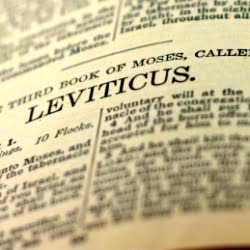 Last year, I wrote a Grove booklet on the text relating to same-sex unions; some of this material has also contributed to the resources for the ‘facilitated conversations’ in the Church of England. I posted on the blog an extract on the texts from Leviticus 18 and 22, which generated quite a bit of discussion. Some of the most significant comments came from Jerome T Walsh, who taught Old Testament at Botswana University and the University of Dallas, and has published several books on OT narrative. He has questioned the ‘traditional’ understanding of these texts based on philological insights in the work of Saul Olyan.

In response, the Revd Dr Thomas Renz, an OT scholar who is now an incumbent in London Diocese, argues that the translation Jerome Walsh offers for Lev. 18:22, “you must not lie with a male as a woman would,” while not impossible, is less likely than the traditional understanding along the lines of “you must not lie with a male as one lies with a woman.” Walsh’s conclusion that Lev. 18:22 does not prohibit all male-male sexual intercourse but only those in which a free, male citizen of Israel is penetrated is therefore not warranted. Thomas has published on the book of Ezekiel (which he talks about in this video) as well as technical aspects of Hebrew poetry, and is writing a commentary on Nahum, Habakkuk, Zephaniah.

His argument (below) is quite technical. But for me the exchange demonstrates:

Saul M. Olyan’s essay “’And with a Male You Shall Not Lie the Lying down of a Woman’: On the Meaning and Significance of Leviticus 18:22 and 20:13,” in the Journal of the History of Sexuality 5 (1994): 179-206, is not readily accessible to most biblical interpreters. I myself have only seen the first page.

Jerome T. Walsh therefore did us a good service in drawing our attention to Olyan’s contribution in an essay published in the Journal of Biblical Literature. Both Olyan’s and Walsh’s article focus on the precise understanding of the phrase mishkebey isha in Lev. 18:22 and 20:13.

The phrase mishkebey isha consists of two nouns in a construct relationship. A construct chain has a head noun, the governing noun, at the beginning which is followed by a governed noun. The head noun is in the construct state, the governed noun is the postconstructus. (Construct chains may be longer than two words but this need not concern us here.) Strictly speaking, Biblical Hebrew does not have cases but the postconstructus is usually spoken of as a genitive.

A construct chain can express various relationships between head noun and postconstructus. In cases where the head noun includes a verbal notion, the genitive can be a subjective genitive (expressing agency or authorship), as in “the blessing of the Lord” where the Lord is the one who blesses, or an objective genitive (pointing to the one who receives the action) as in “the fear of the Lord” where the Lord is the one who is feared. But the genitive can also be one of, e.g., means or instrument as in “burning of fire” where we would have to use a preposition “burning with fire” (Isa. 1:7). Where no verbal notion is present further possibilities emerge such as genitive of material (“vessels of silver”) or result (“sheep of slaughtering” = “sheep for slaughtering”) and various forms of specification (“fair of form” or “people of hard neck”). Williams’ Hebrew Syntax (3rd. ed.; University of Toronto Press, 2007), pp. 13-18, offers a convenient summary. 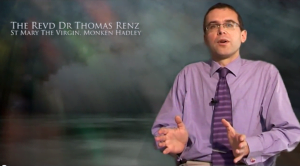 The head noun mishkebey is the construct plural form of mishkab. The word mishkab commonly refers to a lodging place or a bed. But it can also express the verbal notion of lying down on a bed, as in 2 Sam. 4:5 “he was lying down the bed of noontime” whereby “the bed of noontime” must refer to the rest typically enjoyed in the heat of day, the “lying down at noontime.”

Lev 18:22 reads “with a male you shall not go to bed (or: lie down) mishkebey isha.” Going to bed with someone, as in English, usually has sexual connotations in Hebrew. The Hebrew verb shakhab (“to lie down”) seems to behave like the English “to sleep” in this respect. We cannot really use “to sleep” on its own to refer to sexual intercourse, whatever the context. “John had more sex than anyone I know. In fact he slept every day several times” would not be normal English, if the second sentence was meant to say that he had lots of sexual intercourse. We would have to say “several times a day he slept with someone.” In the same way there are no instances in Hebrew where a sentence “x lies down” or “x and y go to bed” refers to sexual intercourse; it is always “x lies down / goes to bed with y” whereby x is usually a man but occasionally a woman.

Walsh notes the difference of verbs used in the passages cited by Olyan: the women are said to “know” (experience) mishkab zachar, while the men are said to “lie down (with a male)” the mishkebey isha.[1]

The difference is that in Lev. 18:22 and 20:13 mishkebey isha is a cognate accusative. In other words, it has the same root as the verb. Walsh compares Hebrew idioms such as “to dream a dream” or “to sin a sin” and observes that “this construction regularly describes an action performed by the subject, not the subject’s experience of someone else.” He concludes from this that “the man to whom the laws of Lev 18:22 and 20:13 are addressed, then, is the one who performs the ‘lyings down of a woman’” and then assumes that the one who performs the lying down must be “the one who acts as the receptive partner” (all citations from p. 205). This is not warranted. When “x lies down with y,” x may be described as “the one who performs” and may indeed be “the receptive partner” but this is by no means certain and in fact more commonly it is the other way round.

From the observation that in the case of cognitive accusatives the construct regularly describes the one performing rather than suffering the action, he jumps to the conclusion that the postconstructus must further qualify the subject.[2] So while we may all agree that the one who lies down with a male is the one who “performs” the lying down, this does not yet decide whether he does so “as a woman” or whether his lying down is as if “with a woman”. 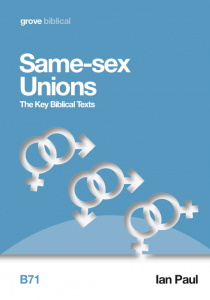 Given the variety of relationships that can be indicated by a construct chain, how does one decide? Walsh appeals to the use of “male” rather than “man” to suggest that “male” here must mean “the penetrator.” But because “man” can be used in Hebrew impersonally without regard for gender (e.g., Gen. 13:16) or to refer generally human beings, again without regard to gender (e.g. Job 38:26), the use of “male” may simply draw attention to the sex of the people involved without on its own establishing who does what to whom.

My preference remains for the traditional understanding of the postconstructus as a complement, not dissimilar to 2 Sam. 4:5 (“at noontime”, here: “with a woman”).[3] This is based on the observation that the verbal sentence to which the construct chain is a shortcut in all attested cases has a complement. (As pointed out above, “x lies down” only refers to sex when it has a complement “with y”.) The subject of the verbal sentence implied (the x who performs the lying down) is implied in the verbal idea expressed in the construct noun. This makes it more likely, in my view, that the postconstructus provides the complement (“with a woman”) rather than a specification of the subject (“[as] a woman”).

[3] Strictly speaking, it would be possible to speak of the genitive here as objective because the Masoretic text allows for the cognate verb to take the direct object, as in fact does English when “bed” is used as a verb. But because the verb is regularly used with a preposition when it refers to having sex, it may be better to avoid the designation “objective genitive” here.

You can see the more detailed exchange on the previous post here.