A while ago, I visited London to see the sights and go to a show, and as I surfaced from Oxford Circus tube station, I was handed a small magazine. On the front cover was a picture of a child charging through a crowd, clearly out of control and scandalizing all the adults around them. The headline beneath called out (accusingly?) ‘Whatever happened to discipline?’ I was struck by the unusual message, and wonder which moral or religious movement was asking such a question—and it turned out to be the Jehovah’s Witnesses. I am not sure whether this is their theme only for the current edition of The Watchtower, or whether it is a regular opener; a friend reported having just this conversation in a doorstep visit.

It is an unusual message, since in our culture it is an ever-present yet rarely articulated issue. A recent television series, ‘The World’s Toughest Jobs’, in each episode took three feckless, layabout young people, and gave them the opportunity to make money (usually a lot of money) if only they would forgo their previous lazy habits and step up to take on one of the toughest jobs on the planet, usually in some far-flung place. The jobs included cray fishing off Australia, washing windows on skyscrapers in the States, and planting saplings (2 million of them!) in the Canadian wilderness. The plot was not entirely predictable; it was not always obvious which of the three would bottle out, and which would discover a new inner discipline and make the most of the opportunity. But the implicit moral was impossible to miss: lazy British kids without any discipline from their parents are missing out on opportunities which those with more steel will make the most of. In Canada, the most committed tree-planters were making $500 a day!

What was more astonishing was the relationship between the parents and the young people depicted in the first part of each show. One young woman wanted to be a hairdresser, so her parents set up a business for her. But she could only be bothered to work two days a week—and so her mothered covered for her and ran the business the rest of the time!

Questions about indulgence and discipline are perhaps the most taxing issues for parents raising children through the different stages into adulthood. But they also underlie key policy issues in our national life. Children from poorer backgrounds still lag well behind others in academic attainment—but the biggest factor in learning is whether there is a disciplined and supportive home environment. And a common response to those who employ immigrant labour is that British nationals are not interested in hard work, so they need migrants to get the job done.

Christians and church leaders have mostly given up raising questions of ‘morality’, and it isn’t hard to see why. The moment the subject comes up, the Church is seen as moralistic and judgemental—and the judgementalism of Christians is consistently noted as one of the main things that put off the unchurched from attending. In this, Christians are not alone; the question of moral responsibility, parenting and marriage is mostly avoided by political leaders. Any who do mention it sound like they are living in the 1950s, which is political suicide—or worse. Charles Moore recently commented: ‘Socially conservative moral views are now teetering on the edge of criminality, and are over the edge of disapproval by those who run modern Britain.’ 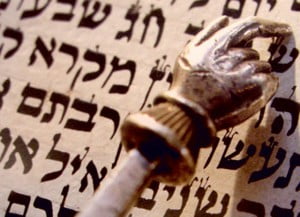 By either using morality as condemnation or avoiding it for fear of appearing to, Christians seem to have forgotten the role the moral frameworks play in Scripture. When God led his people from slavery to freedom in the promised land, he did not say ‘I love you and have set you free—but I am really sorry, there are some annoying rules you will have to obey!’ Quite the opposite; the ‘law’ is consistently seen in the OT as a gift of God to Israel, a pattern of life to express the presence of God in their midst and the fullness of life that he has given them. Ps 147 is typical. It rehearses all the reasons why God is wonderful, all the gifts in creation, and the climax is…his gift of the law to his people.

He has revealed his word to Jacob,
his laws and decrees to Israel.
He has done this for no other nation;
they do not know his laws. (Ps 147.19–20)

Most Christians struggle with the idea that faith will lead to moral obligations or habits of life. Isn’t that just salvation by works? they ask, influenced by a popular distortion of a Lutheran reading of Paul. The problem is that Jesus seemed happy to affirm the moral obligations of OT law—or even, in Matthew’s gospel, to extend them. And whilst Paul contrasts the life of the Spirit with fulfilling the law, he seems quite happy to offer his own detailed lists of how this Spirit-led freedom should be expressing in specific moral commitments. The early church followed his lead in seeing commitment to Christ as requiring induction into a set of communal disciplines.

We need to find a way of presenting moral accountability as a gift; if we don’t, we are robbing people of something vital. A well-known psychology experiment offered young children one sweet now, but a second one if they exercised self-control and didn’t eat the first one for fifteen minutes. Those who were able to defer gratification and gain the extra reward were the ones who later succeeded in life. And in ‘The World’s Toughest Jobs,’ the challenge of discipline threw up a whole host of issues that the young people had been avoiding—family break-down, bullying, or issues with self-esteem. Forced to confront these proved to be life-transforming for many of them.

God accepts us as we are—but loves us too much to leave us as we are. And our encounter with moral responsibility can be just the gift we need to realise the potential that God wants to release in our lives. We do people no favours by hiding this.

14 thoughts on “Should we talk about morality?”