To my dear reader: I wonder if I could tempt you to reach for your copy of Paul and the Faithfulness of God by Tom Wright. (Don’t worry—just let that door close.) Turn with me, if you will, to page 1032, section (j) entitled ‘What then about Torah?’. Make a note of the first letter of the first word of each paragraph through to the end of the section on page 1037. Do you notice anything? Does it make sense to you? And here’s the interesting question: would you have noticed this if I hadn’t pointed it out to you?

On this, I recently received an email which might make sense of what you have found:

Tom preached at my father’s funeral a year ago, and was revising this particular section when I rang to tell him. It’s rather beautiful as a way of remembering, the more so for being hidden.

My guess is that this is not the first, nor only, ‘hidden’ feature of Tom’s books. I think it has been fairly widely noted that the two volumes of PatFoG comprise 16 chapters, of which chapters 9 to 11 are, by Tom’s admission, are the centre of the argument. Does that remind you of anything?! And Tom has been at it before. I am reliably informed that there is a similar acrostic reference to his godmother from p 125 of Jesus and the Victory of God. I suspect there are many other things hidden away, and that somebody will have fun tracking them all down.

We might then ask: if Tom Wright can hide things in his text, could the biblical authors not do the same? The idea of ‘hidden codes’ in the Bible got a bad press a few years ago with the publication of The Bible Code. Michael Drosnin argues that you can rearrange the letters of the Hebrew text of the Bible, and by computer search, find all sorts of ‘predictions’ of world events in history. This was completely unconvincing for several reasons. First, since Hebrew has (in the strict sense) no vowels, you could find almost anything you liked. Secondly, it was therefore clear that this was not something in the text itself, but in Drosnin’s mind. If I rearrange the letters of anything I am reading, I can find whatever I am seeking. So what? The third, more significant point, is that this was not part of the intention of the author in writing, and would not have been understood by readers—so is not, in fact, part of the communicative function of the text.

Recognising these problems is not a reason for writing the idea off altogether. In an excellent set of studies on Matthew from the Tyndale Study Group, Built Upon a Rock, Stephanie Black notes that language is not very efficient in communicating. Alongside the information conveyed by language is a whole lot of other stuff which is not strictly necessary. This of course explains why we manage to communicate in the abbreviated form of things like text messages and Twitter. This additional, unnecessary stuff gives language its style, its personality and its nuance—which is why abbreviated communication can sometimes be misleading! She then looks at how Matthew uses this ‘surplus’ in his distinctive style—but it could be use to hide codes of various sorts, and in particular, numerology. 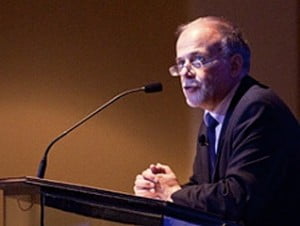 Go to chapter 11 of Richard Bauckham’s The Climax of Prophecy or the summary and my own comment in my Grove booklet How to Read the Book of Revelation to find out more. Richard has also done extensive work looking at the numerical literary features of John’s gospel, particularly in relation to the significance of the 153 fish in John 21, which he published as the last chapter in his collection of essays The Testimony of the Beloved Disciple. Here, he notes that much work has been done on numerical literary features, but it has often been by-passed and its significance ignored. He highlights some remarkable features of John’s gospel:

Having noted these, Bauckham adds a fourth of his own:

These are unusual ways of reading the text; if you warm to these observations it probably says something about you! Many simply find them baffling—but the key question is: could John have done this in his writing? At each stage, Bauckham is careful to note that only certain terms appear to have numerical significance, and he also supports this approach by observing its historical plausibility:

It may be that some aspects of numerical composition were not expected to be directly discerned by readers, but were thought to give appropriate form to the text, as ways of conforming the lengths and proportions of the text to its meaning. But we should remember that counting the number of syllables or words in a text was not as unfamiliar an activity then as it is now: it was regularly done to determine the price of manuscripts and for scribes to check the accuracy of their transcriptions.

And he points out that not seeing these patterns does not detract from the meaning of the text for ordinary readers. Unlike the Drosnin Bible Code approach, these hidden patterns support the more obvious sense of the text rather than contradicting it or saying something completely unrelated.

(Now Richard and I have recently had some more correspondence on this subject. I pointed out to him a gematria I had come across, where ‘the Son of Man’ in Hebrew has the same value as ‘serpent’, both equal to 558. Richard looked further and found similar gematria for four other of the 12 occurrences of ‘The Son of Man’…which is why he is a Fellow of the Royal Society and I am not!)

Does this have significance for biblical scholarship? Yes, argues Bauckham. It demonstrates that, contrary to decades of scholarship, John’s gospel and the Book of Revelation were not the result of successive editing processes and composition by a series of writers, but were the product of careful composition by an individual. The difficulty here is that many people already have a vested interest in theories of composition through their own research—so they are going to take some persuading. But the data looks rather impressive to me.

More, than this, these kind of insights to have an impact for ordinary readers. It suggests that many texts of the New Testament were composed with extraordinary care—and so they should be read very carefully in their turn. Alongside reading longer passages, perhaps the practice of concentrating on and memorising smaller portions isn’t so bad after all.

Additional note: There is another rather nice example of an acrostic code in this US local paper leader on Kirby Delauter which went viral on Twitter for a while.