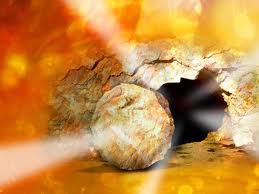 The idea of resurrection is central to Christian belief and theology—but it is also the key idea which separates the New Testament from the Old. The Old Testament appears to assume that, after death, people continue in some sort of shadowy existence in a place called Sheol—often translated ‘grave’ or ‘pit’ in English Bibles. There are some examples of resuscitation (see 1 Kings 17:17-24 and 2 Kings 4:18-37)—but these are acts of compassion and never shed any light on life after death.

The idea of being ‘raised up on the third day’ (Hosea 6.1–3 and 13.14) is a metaphor for God’s restoring his people after a short time. There are some hints of a more concrete understanding of continued life after death (notably in Job 19.25–26) but the most important of these is in Ezekiel 37, where the prophet has a vision of a valley of dry bones—representing the nation in exile and without hope—being clothed in flesh and skin and brought to life by the Spirit of God. In the centuries that followed, this picture became an expectation of post-mortem destiny for all humanity. So Daniel 12.2 (probably written in the second century BC) depicts universal resurrection and judgement.

By Jesus’ day, the expectation of resurrection of the dead was part of a complex of ideas associated with the coming of the ‘messiah’, the anointed agent of God. His arrival would see the end of this present evil age, the coming of a new age of God’s perfect reign (the ‘kingdom of God’), the liberation of God’s people from occupation (‘free to worship him without fear’, Luke 1.74), and the resurrection of the dead to eternal life or to judgement. So resurrection was an idea of cosmic importance—it was corporate, not individual, marked the end of time, and would see the longed for ‘new heavens and new earth’ (Is 51.6, 65.17 and 66.22). This view was not shared by all; the priestly Sadducees disagreed (see Matt 22.23), and most of Greek philosophy thought the idea of bodily resurrection quite bizarre. But it was the main view amongst Jews in the first century, and certainly of the Pharisees.

It is, therefore, not surprising that Jesus’ followers did not at first understand his predictions of his own death and individual resurrection (Matt 16.21, 17.23 and 20.19). But subsequently, all the gospel writers see Jesus’ death and resurrection as of key significance, and devote a large proportion of their gospels to it. They each offer their own perspective, but share central features. (One striking things all the accounts share is a lack of description of the actual event; though taking place in and transforming history, it is an event which transcends history.) The resurrection demonstrated Jesus’ vindication of his claims by God—his death was not a tragic mistake, but was indeed a ‘ransom for many’ (Mark 10.45), offering the promised ‘forgiveness of sins’ (Luke 1.77) and confirming that Jesus’ critics were opposed to God, not acting for him. It is Jesus who has been the faithful witness (John 5.32, Rev 1.5). More than that, the resurrection signalled the breaking in of God’s kingdom, as Jesus had proclaimed in his teaching and ministry (Mark 1.15, Luke 11.20). Although the old age of sin and death had not passed away, yet the new age of God’s presence and forgiveness had already begun. As Peter makes clear in his speech in Acts 2, the end times have now come, and the Spirit has been poured out, because God has raised Jesus from the dead, as was foretold.

This message of resurrection was central to Paul’s teaching—he proclaimed ‘Jesus and the resurrection’ (Acts 17.3, 18) and taught it to the new groups of Jesus-followers (1 Cor 15.4). To believe in Jesus was to believe in the resurrection (Romans 10.9). Not only was Jesus’ resurrection proof of his claims, and ushering in a new era, it was also the pattern and hope for Christians. In baptism, they share in Jesus’ death and his resurrection (Romans 6.4) and the promise of ‘new creation’ is made real in their lives (2 Cor 5.17). It shapes morality—how we treat our bodies and how we regard others (1 Cor 6.14). This foretaste of the life of the new age, now, gives hope for the future (Romans 8.11, 1 Cor 15.20); death is not the end, since we wait with confidence and hope for our final, bodily resurrection just as Jesus himself was raised. He has conquered death (1 Cor 15.57).

All the NT writers look forward to the completion of what we now experience in part. When Jesus returns again, the present age will pass, the ‘new heavens and new earth’ will replace the old, the dead will be raised, and God’s people will experience his presence at first hand (Rev 21.1–7).

This video by Rob Bell captures many of the dimensions of the biblical theology of resurrection: