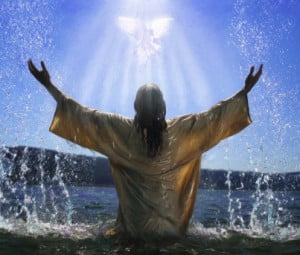 ‘Oh, that you would rend the heavens and come down!’ Isaiah’s cry of desperation resonates with the cry of many today. If only God would make everything clear! If only he would remove uncertainty, and bring clarity! If only he would stop hiding, and make himself known!

Isaiah is suspended between confidence in the past and hope for the future, and is left with uncertainty in the present. His confidence is rooted in what he has seen of God’s past action in his mighty acts. He rescued his people from slavery; he sustained them miraculously in the desert; he gifted them a land of milk and honey and drove out their enemies. And yet this excitement at the power and presence of God with his people seems long past—a jaded memory that mocks him now.

But there is hope for the future. Though God’s people are still in exile, an anointed one will lead them back through the desert to the promised land of old. The oppressed will hear good news once more; the broken-hearted will be bound up; the captives will be set free; and the day of the Lord will come (Is 61). Yet, along with hope, there is danger. If God comes to judge all that is evil, what will become of the evil in me? Right from the beginning, Isaiah has recognised that the problem is not so much with what is without—the enemies all around—but with what is within, the godlessness within God’s own people. As Paul echoes in Romans 3, no-one calls on God; all have sinned.

Jesus’ followers are also suspended between judgement and hope. Astonished at Jesus’ word of judgment on the Temple (Mark 13.2) they ask when this will come—when this day of the Lord will be. In answer to a single question, Jesus gives a double answer, as we can see even more clearly in Matthew’s version (Matt 24). Though Jesus longed to gather his people to him ‘as a hen gathers her chicks’ (Matt 23.37), they would not—and so destruction will come upon them. The Temple would be destroyed, with great suffering, within the lifetime of his disciples (Mark 13.30). As the fig-tree has withered through lack of fruit, so the temple will perish because it did not recognise its Lord (Mark 11.12–20). Just as Isaiah predicted (Is 13.10, 34.4), the powers will be shaken, and for all who trusted in the Temple sacrifices, the world will come to an end. 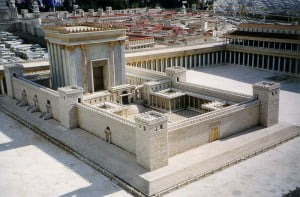 Yet even this message is shot through with hope. In fulfilment of Daniel 7, the Son of Man who has been handed over and crucified will be exalted—he will come on the clouds to the Ancient of Days on the throne, and be seated at his right hand. And his followers will testify to it, even as they face death themselves (Acts 8.55–56). As a result, this message of hope will spill out beyond Judea and Samaria, to every tribe, language, people and nation. Just as Joel foresaw in his reworking of Isaiah (Joel 2.32), everyone calling on the name of the Lord Jesus, even from the ends of the earth, will be saved and gathered to God.

And Jesus does not stop there. Though the kingdom of God, the age to come, has broken decisively into this present age, we long to see its fullness revealed. In the second part of his answer (Mark 13.32f, expanded in Matt 24.36–24.46) he speaks of another Day. The work he has begun, and then entrusted to his servant-followers to continue, will one day be brought to completion. Just as the heavens were once rent when God came down (Mark 1.10), so they will be rent again, as Jesus comes not to the Ancient of Days, but from him, to make real God’s presence amongst his people forever, beyond a shadow of a doubt (Rev 21.3).

So we share with Isaiah both a memory and a longing. And yet, for us, the Spirit of God has been poured out on all (Joel 2.28, Acts 2.17), and the love of God poured into our hearts by that same Spirit (Romans 5.5). As we wait for Jesus’ return—making his loving invitation known, and continuing his work—that makes all the difference.

This has also been posted on the Christian Today website. For more detail on this gospel passage and its parallels, see my posts on Mark 13,  Matthew 24 and Matthew 25.