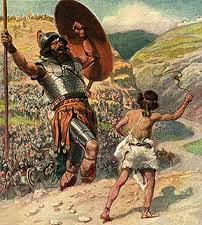 Michael and his angels are the subject of the Sunday lectionary reading for Michaelmas from Revelation 12, a text that it is not easy to preach from. In order to do so, there are some important things to note: 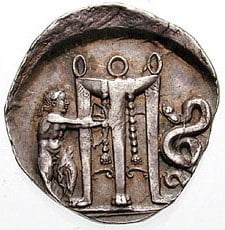 But the most puzzling thing about the passage is the role of Michael in delivering the victory of the messiah. Once you know the Python/Leto story, it is clear from the first part of Rev 12that it is the ‘male son’ who is the champion. But when it comes to delivering the knock-out blow (as it were) in v 9, then this messiah figure is nowhere to be seen. And yet, when we reach the hymn celebrating the victory, in vv 10 and 11, it is clear not only that the victory belongs to the messiah, but that it has been won at the cost of his own blood. Why is there such discontinuity at the crucial moment? It is a puzzle that baffles most commentators. 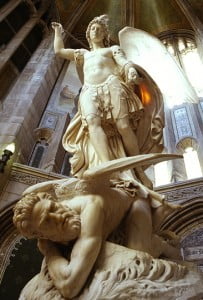 (First published in Sept 2013. You can read more about the interpretation of Revelation, including chapter 12, in my Grove booklet.)