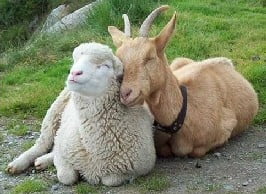 Jesus’ ‘parable’ of the sheep and the goats in Matt 25.31–46 is very well known and widely misinterpreted. It forms one part of the extended teaching about ‘the end’ distinctive to Matthew (compared with Mark and Luke). It is most commonly interpreted as an injunction to help the poor; most Christians (in the West at least) read this more or less as the sheep being Christians, the goats being non-Christians, and ‘the least of these my brothers [and sisters] being the poor in general.

I thought this too, until I had to read this in the context of the all-age part of our main service about 20 years ago. It is quite a long reading, so I was worried that the children and young people would get bored. But then it occurred to me: in the gospels, no-one ever tells Jesus that he is getting a bit boring. (What is it we do to Bible reading which makes it boring?!)

So I decided on Saturday night to learn it and recite it by heart. (I can still recite it word for word many years later.) The effect was electric, and particularly memorable for those sitting on my left…and it made me change my mind about the meaning of the parable, which is a good argument for learning Scripture.

France, in his comment on Matt 25, describes this as the closest Matthew gets to a Pauline notion of the believers as the body of Christ, and it it likely that Paul was shaped in this by the words he heard on the Damascus Road. Persecuting Jesus’ followers, he hears Jesus ask: ‘Why do you persecute me?’ 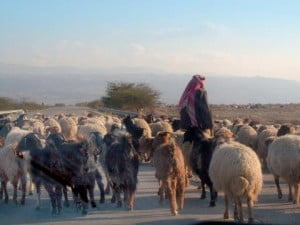 Reading the passage in this way (which we must if we take its context in Matthew seriously) has huge implications.

As Rob Dalrymple highlights, it also has contemporary implications for how we think about the current situation in the (so-called) Middle East.