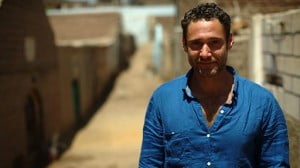 Last week I tuned into the BBC programme ‘Bible Hunters’ about a number of characters who had unearthed (sometimes literally) ancient manuscripts of the New Testament which had, apparently, radically changed our understanding of Jesus’s ministry and teaching and early Christian understandings of it. Perhaps naively, I had hoped to enjoy a stimulating exploration of the real issues in the discipline of textual criticism, which looks at the very large number of early manuscripts that we have, and the issues around differences which arise between them. Instead, I found the programme irritating. sensationalist and inaccurate.

Whilst they included some reputable experts in NT, the main people featured did not have expertise in the right areas—the programme was, after all, presented by Jeff Rose, an archaeologist and anthropologist rather than a textual critic. The factual information was not always accurate, the impact of discoveries was overstated, and the arguments were confused. For example, David Strauss’ The Life of Jesus, Critically Examined was mentioned, and there was then a seamless transition into questions of textual criticism. But the main issue with Strauss was not primarily the question of new texts, but his sceptical reading of the texts that we do have.

One of the main ways that the impact of textual criticism is constantly sensationalised is by adding up the total number of differences between texts. This is true of populists like Dan Brown, but also of serious scholars like Bart Ehrman. Ehrman is fond of proclaiming that, amongst all the manuscripts we have, there are more than 300,000 differences between them—more than all the words of the NT! To the untrained ear, that would sound as though we cannot be confident even of a single word of the NT that we have. Bible Hunters did a similar thing: it noted that Codex Sinaiticus, discovered by Tischendorf, has 35,000 differences from the Textus Receptus, the Greek text on which previous translations such as the 1611 AV, depended. (In fact, the number is just over 27,000, so they even managed to get that ‘fact’ wrong.)

But let’s explore these kind of claims a little more closely. First, imagine that we had 1,000 manuscripts of the NT. Suppose that each one has a single variation unique to itself. How many ‘contradictions’ would we have? Well, each manuscript would differ from the other 999 in that one place, which gives 999 differences for each single manuscript, and we have 1,000 of such manuscripts. So in fact, if you add them all up, we would have just under a million differences! But would that mean we were uncertain of what these texts were saying? Of course not! In fact, for each individual difference, we would have 999 agreements, so we could be very sure of the original. The reason that such calculations are misleading is that they are, in effect, multiplicative, rather than looking at the additive, cumulative impact of differences. (The sums here are not exactly what is going on with the NT—but I hope you get the idea.)

All right, so how might we explore the cumulative impact of all these differences? Actually, it is quite easy, though sensationalists avoid mentioning this. One reason why textual criticism is so complex is that we have so many manuscripts, in different scribal forms, from such a wide area, over a long period of time. One of the main theories (though this has recently been challenged) is that there are three main ‘families’ of manuscripts:

We can then see the cumulative impact of the discovery of new manuscripts by comparing the earlier translations from Greek based on TR and MT with those based on modern critical texts (CT) which take into account the newly discovered, oldest manuscripts once they have been carefully evaluated. Happily there is a convenient list of all the major changes on Wikipedia. (There is also, elsewhere, a list of all the changes, which includes inconsequential things such as misspellings and changes in word order.) Let’s see how radically different our understanding of Christian faith is as a result. For simplicity, let’s look at the 30 differences from the four gospels between the MT and CT (yes, there are only 30 major differences!) and the two further differences between MT and TR. (There is a further list of major variants in the epistles.) For ease of reference, I have posted them separately here. Do go and look at them for yourself, and then come back here to read my conclusion.

What do we learn from these variants?

1. Firstly, the vast majority are cases where the scribal tradition has ‘tidied up’ the parallel synoptic accounts (Matthew, Mark and Luke) ironing out minor differences between them.

2. Secondly, the only two significant pieces of text (in terms of length) in dispute in the gospels are the ‘long ending of Mark’ in Mark 16 and the story of the woman caught in adultery in John 8 (whose style of language appears to be more like Luke than John). Neither of these has any significant impact on questions of doctrine or Christian teaching or our understanding of Jesus. Contrary to what is sometimes claimed, the first part of Mark 16 does indeed announce the resurrection.

3. Apart from a couple of examples, such as Matthew 24.36 and John 1.18, the majority of these variants have little or no bearing on core Christian belief and teaching regarding who Jesus is, what he taught, how he ministered, the meaning of his death and resurrection, and what it means to follow him. In fact, these two examples counts in different ways, the variant in Matt 24 ‘protecting’ Jesus’ divinity and the one in John 1 heading around it.

So, whilst we cannot be 100% sure of the exact, original wording that was written by the authors of the four gospels in every single case, we can be very confident of what they wrote, and completely confident in the teaching they were passing on. A major failing of the ‘Bible Hunters’ programme, and with other sensationalisers, is the failure to distinguish between these two issues. This was shown most clearly in the quotation from Larry Hurtado near the end. Larry was confirming that we do not have the exact, letter-for-letter text of the New Testament, as if it was dictated or physically descended from heaven in one miraculous instant. But the way the programme used what he said suggested that textual criticism through significant doubt on Christian teaching in the New Testament. In fact, a large part of Larry’s academic career has been dedicated to arguing for a very specific early understanding of Jesus as someone to be worshipped with God.

It is perhaps worth citing Westcott and Hort’s comment on completing 28 years’ work on the Greek text of the NT in 1881:

[It is] our belief that even among the numerous unquestionably spurious readings of the New Testament there are no signs of deliberate falsification of the text for dogmatic purposes.

Larry Hurtado has offered his own comment on the programme and the experience of being interviewed. He includes this comment:

In the interviews, I had to work hard to get the “Bible Hunters” people to understand that (contrary to what they seemed to assume) Tischendorf, the Smith Sisters, etc., were devout Christians, and that they didn’t find early manuscripts and the earlier readings they contained a problem at all.  Quite the opposite!  They were eager to find earlier manuscripts because they saw these as placing them closer to an earlier and more authentic form of what they regarded as the Word of God in written form.  That is, these people pursued early manuscripts precisely to obtain the earliest textual form of what was for them sacred scripture, and didn’t find the incidence of textual variants worrying much.

2 thoughts on “Hunting for the text of the New Testament”