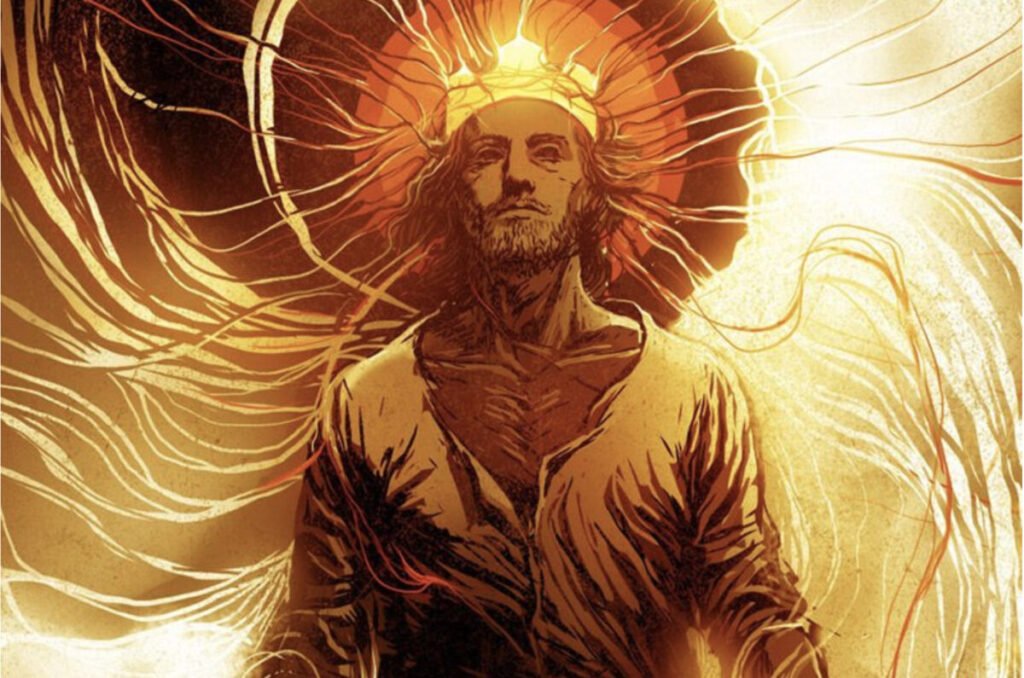 My friend Oliver Harrison recently raised an interesting question about the translation of sexed terms:

Beautiful June dawn, so up to church to say Morning Prayer. But wait! What’s this? Ps. 119:9 is translated as “How shall young people cleanse their way to keep themselves according to your word?” Now I’m pretty sure that’s not right. So when I get home I check it and it should read “young man” — not “young people”. The Hebrew word is נַּ֭עַר (pronounced “na-‘ar”; noun; masc. sing.) which Alter translates as “a lad”. The use of inclusive language (e.g. not using “man” for “people”) is entirely good and right, not just on the grounds of equality but also accuracy. However, sometimes certain texts are indeed speaking to or about men (boys, males etc) and not all people or humanity in general. Erasing those instances does a disservice to a sexed/gendered reading and is objectively less true to the actual text. And, no, I’m not playing a victim card here or claiming discrimination; I just want texts to be translated without any overt or explicit agenda, however well-meant and seemingly harmless.

One of the responses in the discussion thread made this point:

Inclusive language in the psalter is generally gibberish because it destroys the Christological reading.

The particular example that highlights this most obviously is the citation of Ps 8.4–5 in Hebrews 2.5–9.

What is the issue of language that the translators are wrestling with here, and why do they come to different conclusions?

The terms in Ps 8 that are being translated are אֱנ֥וֹשׁ enosh and וּבֶן־אָ֝דָ֗ם ben-adam. The first is a poetic term for ‘humankind’, and the second uses a synonym ‘adam’ and the word for ‘son of’. Although the term ben can have a sexed sense (meaning ‘male offspring’) it often doesn’t. One of the standard phrases in the Old Testament for referring to the whole of the people of Israel, particular during the desert wanderings, is ‘the congregation of the sons of Israel’. But this clearly refers to the whole community, so that even the ESV translates this as ‘congregation of the children of Israel’ (see eg Numbers 26.2, and so the ESV is actually being inconsistent), whilst the TNIV translates the sense, rather than the grammatical construction, as ‘the whole Israelite community’.

In the context of Ps 8, this is what the phrase means; the psalmist is indeed reflecting on how God sees humanity, and not one particular member of humanity, and certainly not a single male person. The same is true of the NT quotation in Hebrews; the writer follows the Greek OT (the Septuagint, or LXX) in using ἄνθρωπος and υἱὸς ἀνθρώπου. This term, from which we get out word ‘anthropology’, does indeed mean ‘person’ and not ‘male person’, and the ESV is, at one level, offering a poor and unjustifiable translation by rendering it as ‘man’, which in contemporary English is a sexed and not generic term.

How do we make sense, then, of what the author of Hebrews goes on to say? What the writer is doing is drawing on the difference between the sense of the Psalm, which is not sexed, and the grammar of the Psalm, which is! Although the sense of the Psalm is a reference to all humanity, Jesus drew on the grammar of the phrase ‘Son of Man’ as a way of referring to himself, in part drawing on this Psalm, in part on the use of the phrase in Ezekiel, and in part on its use in Dan 7.13.

Thus, Jesus being made ‘a little lower than the angels’ refers to his incarnation, even though the psalmist is not talking about that in Ps 8, and ‘putting all things under his feet’ then refers to the final eschatological exaltation of Jesus at the end of time, which Paul also talks about in 1 Cor 15.27, using this exact same quotation from Ps 8.

The writer of Hebrews is then making the difference between the sense and the grammar of Ps 8 do quite a lot of theological work! Whereas the glory of humanity in the psalm is to exercise the rule over creation as mandated in Gen 1.28, sharing in the kingly rule of God, the glory of Jesus is expressed in his (Phil 2) obedience to God leading to suffering and death—a rather Johannine understanding found in the Fourth Gospel where it is Jesus’ elevation on the cross which is the expression of his glory. And the fact that all things are not yet ‘under his feet’ points to the reality that, whilst Jesus is Lord for those who confess him, and he is exalted and enthroned at the right hand of the Father, the whole world does not yet see this, though one day ‘every knee will bow and every tongue will confess’ (Phil 2.11) his sovereignty when he returns.

This sense-grammar divide thus allows the writer of Hebrews to talk about incarnation, crucifixion, ascension, and eschatology. But because the TNIV continues to follow the sense of Ps 8 rather than its grammatical construction, it changes the meaning of the commentary in Hebrews to be one about humanity rather than about Jesus—which makes little sense at all!

Some would say that Hebrews is revealing a ‘fuller meaning’ of Ps 8, but I don’t think this is the case. All that is happening is the same kind of thing when we make use of the difference between sense and grammar in everyday life. One of my favourite examples is in the joke:

My friend gave me an elephant for my room. I said ‘Thank you.’ He said ‘Don’t mention it’.

All this is but one example of the issues in translation, which in turn arise because of the multiple levels at which language works. Language creates ‘meaning effects’ at many levels: the basic level of the sound of an utterance; the semantic range of the terms, read in context; the significance of phrases and units put together; their performative effect; their emotional impact; and the significant in relation to cotexts elsewhere; to name but a few. Moving from one language to another can never do all these things, so translators must choose which they prioritise. Word for word translations focus on the first few; ‘dynamic equivalents’ often go for the middle ones; paraphrases prioritise the later ones. Since intertextuality is usually carried by the actual words in the text, the intertextual connections are usually best effective by word for word translations—but they then lose other things, like the wider contextual impact.

You can find examples of meaning conveyed at each of these levels both in contemporary English and in the biblical texts. For example, the phrase that was popular a few years ago ‘From maintenance to mission’, entirely relies on its actual sound for impact, that is, the alliteration of the two words starting with M. When you think about it for a moment, the phrase actually makes little sense; if you don’t invest in maintaining your community, then you don’t have anything to invite people to in mission. There are examples everywhere in scripture where the impact of a phrase arises from the actual sounds of words (Gilgal galo yigleh ‘Gilgal will surely go into exile’, Amos 5.5; or the alliteration of terms describing the wisdom from above in James 3.17) which are always lost in translation.

Given all this, how might we respond to Oliver Harrison’s original question? What is the right translation of Ps 119.9? That depends on a number of contextual issues:

a. In cultural context, is this addressed only to young men? Quite possibly. For example, the interlocutor in Proverbs is almost always assumed to be male.

b. Does this kind of injunction apply particularly to men, rather than women? Again, quite possibly, which is what I think Oliver is getting at here.

c. But does it apply only to men? This is a bigger question, and has lots of parallels. For example, in the gospels Jesus is teaching things to the Twelve disciples. It is a lively question as to whether the things he teaches apply to them as The Twelve, or to them as paradigms of discipleship. This also touches on why the Twelve are all male. The reason is surely that Jesus is shaping his followers as a (re)new(ed) Israel, and so these Twelve must remind us of the patriarchs. But, given that the ‘congregation of the sons of Israel’ included women, this decision cannot be seen merely as a bias towards men. In fact, if they were not men, then this would not signal a new Israel, and might not then so obviously include women! Again, we have a tension between sense and ‘grammar’.

d. Is Jesus the Son of Man in the sense of being a male human figure, or a human figure who happens to be male? The answer here is ‘both, on different occasions’. For example, as we have seen, the use of the phrase in Ps 8.4, the Hebrew terms enosh and ben adam must surely be taken as ‘humanity’—but Jesus as ‘Son of Man’ makes him this archetypal human. It is a problem with translation—but also with the sexed nature of humanity. Jesus the male human is the archetype for a new humanity, both male and female.

e. The question is often solved by look at these terms, and the equivalent anthropos in Greek—but not always. Sometimes the sexed male term aner is used to mean ‘people’ (in James) unless of course we assume that the audience of moral agents here is assumed to be male.

We cannot solve these issues by systematically carrying over the sexed grammar into English, as the ESV does, since this makes unwarranted claims about the priority of maleness. But the problem is not entirely solved by following the solution of the TNIV, and always prioritising the (non-sexed) sense of the words and phrases. This is a good reason to use more than one translation—and an even better reason to learn to read Greek and Hebrew!

(The image at the top is a detail from Jesus as the Son of Man in Revelation 14, from a graphic novel version of Revelation.)

52 thoughts on “How should we translate ‘man’?”