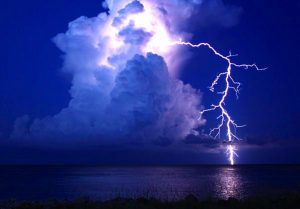 If that sounds like an odd question to you, then you need to know that someone once wrote a PhD on the influence of T S Eliot on Shakespeare. The thesis was of course on how our reading of Eliot creates a lens through which we then read Shakespeare (I am assuming, dear reader, that you are aware that Eliot lived some 400 years later than WS…!), so that Shakespeare as we read it is shaped by the assumptions that might have been formed by the influence of Eliot on our own outlook. But some have argued that the Johannine tradition might in fact have pre-dated the writing of the Synoptics, mostly because of one particular verse.

It is immediately apparent why this looks rather Johannine. First, the Father and Son are talked of in absolute terms, rather than the more usual Synoptic was of Jesus talking about ‘my’ Father or ‘our’ Father; secondly, the mutual knowledge of the Father and Son uniquely of each other, which sounds similar to ‘the Son only does what he see the Father doing’ in John 5.19; and the sovereignty of both in revelation, which sounds similar to John 6.44. To illustrate this, I often have read the verse without the reference to a class, and asked them to identify which chapter of John this comes from—and they work hard to fit it in John.

Because of this, some have suggested the existence of a Johannine textual source from which the Synoptic writers drew in one way or another. G E Ladd’s Theology of the New Testament comments (on p 697) that this verse offers ‘good evidence that the Synoptic Evangelists were familiar with something like the Johannine view of Jesus’. A contemporary advocate of early composition of at least part of the Johannine text is Paul Anderson of George Fox Seminary, who sees this verse of evidence of ‘interfluentiality’ between the two traditions. (There is quite a good summary of his wider argument here.)

At the Society of Biblical Literature meeting last week in San Antonio, Texas, Mark Goodacre gave a truly engaging paper exploring this verse and questioning this kind of conclusion. He traced the origins of the phrase itself back to Karl von Hase in his 1876 Geschichte Jesu (you can read the English translation of the earlier edition of this online) where he actually described this as a ‘meteor’ (Ger: Aerolith) from the Johannine sky. Goodacre also noted the remarkable verbatim agreement between Matthew and Luke in this and the preceding verse: 54 out of 69 words in Matthew (78% of the pericope) match Luke exactly, and conversely 54 out of 74 words in Luke (74%) match Matthew exactly. This is evidence, Goodacre argued, of one being dependent on the other, rather than each being depending on a third source (the unknown document called ‘Q’)—or in Goodacre’s memorable witticism, the match is ‘too good to be Q’.

He then explored how these verses sit within Matthew’s language and theology in the rest of the gospel. First, the language of ‘all things have been given to me’ finds a striking parallel at the end of the gospel in Matt 28.19. Secondly, the format of the saying is what Goodacre calls a ‘repetitive converse logion’, where Jesus says one thing and follows it with the negation of the opposite, something we find elsewhere in Matthew:

It is worth noting that these sayings are unique to Matthew and belong to his distinctive style.

All this is beginning to make the so-called Johannine bolt look rather like a Matthean one after all! The ‘absolute’ use of Father and Son has in fact been set up in the previous verses by the address of God as Father and the description of ‘my Father’ at the start of this verse. On the basis of this, Goodacre argued that, rather than being evidence of a Johannine tradition within the Synoptics, this verse (and others carrying similar ideas) are developed within John, particularly the ‘father/son’ language, the idea of the Father ‘giving all things’ in John 13.3 and elsewhere, and the idea of mutual knowledge found in John 10.14–15. Goodacre noted that, where there is dependence between the Synoptics, there tends to be a close parallel of language, but where there are connections with John, paraphrase and influence is more common. In other words, this verse is not a Johannine bolt in the Synoptic blue, but a Synoptic platform for the Johannine rocket to launch from.

(Goodacre observed that the reason we cannot help seeing Matt 11.27 as Johannine is the same reason why we cannot help but see these ‘time travellers’ using mobile phones in 1928 and 1938—even though there were no phone signals or masts then! Once we associate a particular pattern with a certain meaning, it is hard to unlearn the association.)

One important implication struck me out of Mark Goodacre’s paper: once we get past an obsession with textual similarities, it allows us to think more theologically, and allowing Matt 11.27 to be genuinely Matthean, and typical of his theology, allows us to see that Matthew’s theology is actually nearer John’s than we might otherwise suppose.

The question of similarity and difference depends to a great extent on where one sits in relation to study of the gospels. When teaching John’s gospel to undergraduates in a ministry context, I felt I had to emphasise the striking differences between John and the Synoptics, since the students were in the habit (as most churchgoers are) of reading harmoniously, that is, filling in whatever is missing in one gospel from things they have read in the others. So most ordinary readers don’t notice that John does not mention Jesus’ baptism, but supply the information in order to make sense of John 1.32, which makes no sense without it. And, similarly, they supply the last supper as the context for the washing of the disciples’ feet in John 13 as the necessary context for John 13.26.

But in the Academy it is usually the other way around: the difference between the gospels is so assumed that it is easier to forget the similarities, particularly when you consider other documents in the ancient world. James Arlandson lists the points of agreement between John and the Synoptics, and the list is both extensive and striking. (It is worth taking time to work through it and let it sink in.) Having studied comparative literature in the ancient world for his doctorate, Arlandson concludes:

For me, the most surprising feature of this list is how often the four Gospels share similarities: about 149 out of a grand total of 226 items, which makes 66%.

The four Gospels cohere together in a unified storyline and present the same characters in the life of Jesus, though, of course, an author like John omits some and highlights others. But Peter’s life, for example, remains the same, in broad outline.

Arlandson is coming from a ‘conservative’ theological tradition, but that tradition is actually rather good at looking at the actual data, and that is what matters here. He does go on (briefly) to address related issues, and notes both the importance of story in the formation of memory, as well as the importance of eye-witnesses, and the striking difference between the gospels and the non-canonical material which was judged heretical by the church—not least on the grounds of its lack of coherence.

11 thoughts on “How did John influence the Synoptics?”