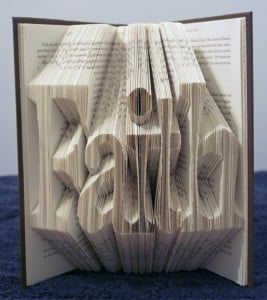 Having established that we cannot avoid the task of interpretation, my first ‘essential’ set out the reasons why we need to read any particular text in the Bible in the light of the whole—to read in the light of the big picture of the canon of Scripture.

My second essential starts with the same letter: we need to read texts in their context, in particular, in their historical context. At one level, this is a basic assumption of the possibility of reading at all. We could not have a translation in English if we did not have some idea of what the terms meant in their context. But this assumption also raises big questions for any interpretation. What if we do not know the historical context? What if the information is lost to us—does that render the text meaningless? What if there is a conflict between different views on what the historical context really was like? What about those Bible readers who do not have access to historical background information? And how do we avoid the ‘priesthood of the historian’, where an expert stands between us and the meaning of the text?

These are big questions, and they cannot all be answered here. It is worth noting that these questions have been around for at least the last 150 years, since the ‘historical critical method’ (in a sense, the principle of reading the Bible in its historical context, pushed to its limit) has dominated the disciplines of biblical studies in Western culture.

But they are questions that we ignore at our peril. ‘A text without a context is a pretext.’ In other words, when we remove a text from its historical context, we can begin to make it mean all sorts of things. Before we ask the question ‘What does this text mean to me?’ we must ask the question:

What did the text mean then, to its writer and first readers?

and the answers to these two questions must connect with one another if texts are to ‘mean’ anything at all. The idea that God continues to speak to us in the present is dependent on the idea that God spoke at specific times and places in the past, and this in itself has significant theological implications. In asking this question, we are recognising that God is speaking to us through what someone else said to another, in a different cultural and historical context. It reminds us that the worlds of Scripture are different from our world—in an important sense, are strange to us—and this prevents us from domesticating Scripture or thinking we are the only ones God has ever spoken to!

Despite these big questions, there are some very direct and straightforward ways in which attending to the original context can transform our reading and our understanding.

In the Parable of the Talents in Matt 25.14–30, the common application of using our ‘talents’ is that we should make the most of our natural abilities, gifts and resources. But if we pay attention to its historical context, we will note that the Greek word ‘talent’ (in older translations simply transliterated into English) was a large amount of silver or gold, equivalent to about 20 years’ worth of a working man’s wage. This simple observation makes the common interpretation highly unlikely; my ability to play the guitar, or bake, or balance the accounts, hardly merits this extravagant metaphor! When we put this observation alongside the previous principle of reading canonically, we then ask: what, in Jesus’ teaching in Matthew, is described as an enormously costly treasure, gifted to unworthy or unlikely people? The answer, of course, is the kingdom of God. (See Matt 6.19–21, 12.35, 13.44, 13.52, 19.21). The parable is not about what we do with our natural abilities, but what we do with this costly treasure of the kingdom, bought at great price, and untrusted to us as a gift.

In Paul’s discussion of Jesus’ return in 1 Thess 4.13–18, what language is Paul using when he talks of the ‘coming of the Lord’ in v 15? The term is parousia and it can simply mean ‘presence’ of someone with another. But it also had in Paul’s world a technical meaning—the ‘presence’ of the emperor as he visited subject cities. As he approached, the elders of the city would come out of the gates, meet the emperor, and then turn, to re-enter the city with the emperor whose authority they had exercised in his absence. This is image Paul is drawing on when he talks of us ‘meeting the Lord in the air’ (v 17). When Jesus returns, he is coming to ‘city earth’ after a long absence; we go out to greet him as he approaches, and when we meet him, we turn around and accompany him as he takes his rightful throne back on earth. So this is the precise opposite of the ‘rapture’ that these verses are often supposed to prove. 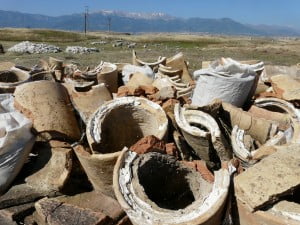 What does it mean to be ‘lukewarm’ in the message to the ekklesia in Laodicea in Rev 3.15–16? It is usually assumed that to be ‘hot’ is to be fervent (a good thing) and to be ‘cold’ is to be indifferent to faith (a bad thing). So how could the risen Christ prefer us to be cold than to be ‘lukewarm’ (usually assumed to mean being neither one nor the other—Anglican in fact!). But in its historical context, hot and cold are both good things to be. Across the valley in Hierapolis (modern day Pammukale), the hot springs bring healing. Further up the valley in Colossae the cold springs bring refreshment. But in Laodicea, the hot water has to travel some distance, so by the time it reaches the city it is lukewarm, and with its dissolved calcium carbonate, if you drink it, it makes you want to—spit it out! Hot and cold are both good for something, but lukewarm water is good for—nothing. It is then that we notice what the verse actually says: not, ‘I know your faith‘ but ‘I know your works—and you are being ineffective’ (Rev 3.15).

The debates about the most controversial texts concerning gender relations and sexuality also suffer when the historical context is ignored—which it is surprisingly often. In 1 Cor 11.2–16, Paul starts his discussion by talking of the relation between God and Christ, Christ and man, and man and woman using the metaphor of ‘head.’ (Only here in fact; in the rest of the chapter the use of ‘head’ is literal, not metaphorical.) But we cannot know what this might mean without considering what people in Paul’s world actually thought heads were for! We assume that the head, which holds the brain, controls and gives instruction. But in Paul’s world, that was the function of the heart. What do you think they thought heads were for? I will post on this later…part of the answer is far from obvious!

In a similar way, we cannot read the ‘haustafel‘ or ‘household codes‘ in Eph 5 and 1 Peter (and elsewhere) without knowing what other codes in the first century would have said. In what ways are these instructions supporting, and in what ways contradicting, the culture of the day? Again, I will post on this in due course.

Postscript: Peter Enns has an interesting post (with a great title!) where he links the need to take historical context seriously to the centrality of the person of Jesus in God’s revelation. He does so by citing the writing of Mark Smith, writing from a Catholic perspective, but sharing the outlook of evangelical Enns:

As a Catholic Christian for whom the incarnation is a central mystery of faith, it seems to me that in the search for God little refuge will be found behind the walls of the text: God is not met in the text without reference to the world outside the text. God is met in our world, and not only in our canon and not only in our church. In our study of the Scriptures, God awaits both within and without, and perhaps notably in the encounter between the two. This viewpoint, it seems to me, is hardly a modern or secular one. It informs Israel’s earliest glimpses of God, as identified by historical criticism.

In other words, taking the incarnation seriously means taking the study of history seriously. Even the study of Scripture on its own canonical terms will drive one, sooner or later, to historical study as well. Why? Because at some point, usually when we confront interpretive dilemmas…questions like the following come up:

These are historical questions, folks. And we all ask them.

A key observation thing here is that asking questions about history does not depend on adopting a particular philosophy outlook, but on attending to the person of Jesus.