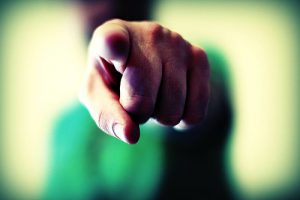 During the last week, those who follow the lectionary as part of morning prayer have been reading through the first chapters of the Book of Revelation. In chapters 2 and 3, we have messages to the ekklesiae in seven cities of Roman Asia, the west end of what we now know as Turkey. There are some important and challenging things to note about these messages.

First (as I have noted elsewhere) these are not ‘letters’ as they are commonly called, since they do not have the features of first-century letter-writing. In fact, the whole of Revelation is a letter, with part of the introduction looking very similar to Pauline letters elsewhere in the NT. There is some debate in scholarship about how best to characterise this section, but the most persuasive suggestion is that these are loyal proclamations from the risen Jesus who, raised, ascended and vindication, exercises royal power from the throne.

Secondly, as is easy to see, the seven messages are striking in their consistent structure of seven main elements, including opening and closing phrases which are repeated word for word:

The messages vary considerably from one to another, the longest being the one to the assembly at Thyatira (222 words in Greek) and the shortest to the assembly at Smyrna (90 words). The variation in length arises from the differences in the content of elements 3 and 4, the affirmations and rebukes. The final message, to Laodicea, includes no affirmation, and both the second and second last, to Smyrna and Philadelphia respectively, include no rebuke, which lends the seven a degree of symmetry. The final two elements of the messages, ‘whoever has ears’ and ‘to those conquering’, switch their order from the fourth message to Thyatira onwards, and this gives the seven a structure of 3 + 4—though it is not very clear what the significance of this change is.

Thirdly, within this clear structure there are other elements of structural inter-relation with the rest of the book, ensuring that though these chapters are the most un-apocalyptic-looking section, they are interweaved into other sections. The opening proclamation of Jesus in each of the messages draws on the vision John records in chapter 1, and the promises to those ‘who conquer’ anticipate some aspect of the final vision of the New Jerusalem in chapters 21 and 22—though not in any obviously structured way, and without any consist link between these two elements of each message.

But, fourthly, as elsewhere in Revelation, the messages also manage to interweave details from the local context of the first century. The best-known example is the description of those in Laodicea as lukewarm rather than hot or cold, an allusion to their water supply, which was lukewarm in contrast to the cold waters of Colossae and the hot waters of nearby Hierapolis (Pamukkale). But there are plenty of other examples, including:

The combination of common structure, integration with the rest of the book, and connection with the local settings show these messages to be remarkably careful compositions.

But reading these messages through again, I have been most struck by the occurrence of a phrase repeated in three messages, but expressed in a further two: ‘This I have against you’. After lavish praise for their endurance and steadfastness, the risen Jesus ‘has against’ the Ephesian Christians that they have lost their first love. After assurance that he knows where they live, he ‘has against’ the Christians in Pergamum that they have compromised their loyalty and been led astray by misleading teaching. After short but emphatic praise of the Christians in Thyatira, in the most extended of the messages, he ‘has against’ them that they have been misled by ‘Jezebel’. There is also serious rebuke to those in Sardis and Laodicea. It is worth noting that at the end of each message, we are commanded to pay attention to ‘what the Spirit is saying to the churches‘ (plural). So although they have a specific relevance to each community, the messages also apply more widely.

There are not a few reasons why we struggle with the idea of Jesus ‘having things against us’, not least because of the central message that the reason he died for us was because ‘God loved the world in this way’ (John 3.16). In fact the Johannine language of love is notably absent from Revelation as a whole. It does occur twice, in Rev 1.5 and Rev 20.9, but it is mostly displaced by the language of power and faithfulness. Perhaps we struggle with the idea mostly because it does not look like good pastoral practice; you neither grow churches nor nurture children by going on to them about what they are doing wrong. (For a mildly terrifying example, watch Mark Driscoll’s talk ‘God hates you.’) Against this, we need to remember that the rebukes come in the context of the assurances of the vision of Rev 1, and of Jesus as the one who walks amongst his people (the lampstands) and holds them firmly in his right hand—in other words, these are rebukes arising from presence and nearness, not from absence and distance.

We might also see a contrast with Pauline language about the relationship of God with his people. He has poured his love into our hearts by his Holy Spirit (Romans 5.5), and if God is for us, who can be against us? Will not God, who gave his Son for us, give us all things (Romans 8.32)? Yet this is the Paul who sees judgement coming to test the works of all (1 Cor 3.13) and who even sees God’s judgement being played out in the congregation in the present (1 Cor 11.30). As Peter found out, and we can read in Galatians, when Paul thinks that people are going wrong, he has no difficulty in offering a rebuke in God’s name. Peter appears to have agreed, at least in principle, when he comments that ‘judgement begins with the household of God’ (1 Peter 4.17).

There is a tendency, particularly within the Church of England, to see the idea of Jesus having something against us as belonging to one (rather extreme and often angry) end of the theological spectrum. But in fact bishops are commissioned to ‘refute error’ when necessary at the point of their ordination, and Rev 2 and 3 highlight the unavoidable reality within biblical theology—not least when put in the wider context of God’s rebuke of his people in numerous places throughout the canon. Although it doesn’t feature much in current thinking about church growth and ‘renewal and reform’, this suggests we need to consider carefully what God might ‘have against’ us. The messages suggest that this is important, that the consequences are dire if we fail to respond, and that our response needs the one that the risen Jesus calls for in these messages—that we should ‘repent’.

5 thoughts on “Does Jesus have something against the Church?”