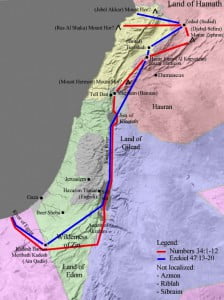 Martin Saunders (of Youthscape) wrote an excellent article highlighting four issues which often prevent evangelicals from understanding what has been happening in the Israel/Gaza conflict. First, he comments ‘It’s not as simple as good guys vs bad guys’, something which I have also been trying to point out, though social media is not helping with this. Second is ‘The fear of accidental antisemitism’, something we need to take really seriously, as the rise of antisemitism across Europe highlights.

But Martin’s third point is that ‘We’re not clear what the Bible says’ about Israel and the land.

For many Christians (often termed Christian Zionists), the Bible clearly states that God has a special plan for Israel which includes a lasting covenant with the physical ‘land’. For others, that covenant was fulfilled by the cross (Matthew 5:17)…Whatever we believe, we can’t claim to hold a ‘biblical’ position if we haven’t read scripture. There are no short-cuts; you can argue anything with a proof text. Only by reading the Bible as a whole, and by understanding the grand narrative of Scripture, can we truly understand God’s relationship with the land and the people of Israel.

In the light of this, I offer some reflections on the status of ‘the land’ in Scripture. Two things need to be considered at the outset. The first is that it is not possible to identify ‘Israel’ in the Bible with ‘Israel’ the modern nation-state. Despite what the vast majority of commentators say, Israel is not a ‘Jewish’ state, even though it privileges immigration access to Jews in the global diaspora. Modern Israel is in fact constitutionally a Western-style liberal democracy, whereas biblical Israel was for most of its history a monarchical theocracy.

Secondly, both in Hebrew and in Greek, the word for ‘land’ and ‘earth’ (i.e. meaning the whole world) are the same: eretz (Hebrew); and ge (Greek). So, for example, in the first creation narrative the dry ground is called ‘eretz‘ (Gen 1.10), yet the term specifically used for the territory promised to God’s people is eretz Israel. We need to look out for the way that the biblical writers can, at times, transform their meaning and vision on the basis of this linguistic ambiguity.

Perhaps the most striking thing about the ‘land’ within the OT narrative of Israel is that, contrary to one dimensional claims about promise and inheritance, it actually has multiple significance, and its theological meaning always eclipses its geographical significance.

The first dimension is the land as a sign of the unmerited generosity and gift of the sovereign God. This is found in the promise to Abraham in Gen 12.1–3:

Already we can see the tension between the local and the global: the giving of the land to Abraham (how else can he become ‘a nation’?) will have global consequences of blessing—whether all peoples will be blessed or will ‘bless themselves by you’ (the Hebrew is ambiguous).

This theme of unmerited grace appears in a number of different forms in the narrative. It is shown in the choosing of this (small and insignificant) people in Deut 7.7:

The LORD did not set his affection on you and choose you because you were more numerous than other peoples, for you were the fewest of all peoples.

and in the repeated phrase ‘a land flowing with milk and honey’ (e.g. in Moses encounter at the burning bush, Ex 3.8). The significance of ‘milk and honey’ probably has to do with the fertility of the land, perhaps that the blessing comes from unexpected sources, but also that these things occur naturally. Unlike growing and harvesting crops, these things simply come to you, as Samson on one occasion found (Judges 14.8). This is paralleled in the Deuteronomic tradition with the inheritance of ‘cities you did not build, cisterns you did not dig, and groves you did not plant’ (Deut 6.11, Joshua 24.13).

Note that, in all this, the most important thing is the truth that it points to about God (not about the people)—one who is an abundant generous giver to those who do not in any way merit this generosity. This truth in relation to the land (of Israel) is one that is writ large on the land (of the whole of creation), and is prominent in the creation narratives. The abundance of the creation is a reflection of the generosity of the creator. 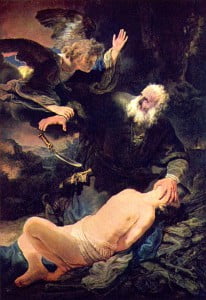 This link is important in the second theme underlying the idea of ‘the land’: God’s project of the restoration of humanity, and the role of Israel in this project. The Abraham story follows hard on the heels of the account of ‘the fall’, which is found not just in Gen 3, but in Gen 3–11; the turning from God in the garden which is known as ‘sin’ unfolds itself as a power which brings death and despair and disrupts relations in families and nations and destroys the fruitfulness and abundance of the earth.

The juxtaposition of this chaotic picture with the story of Abraham carries a strong implicit message: with Abraham God is beginning the task of restoration of humanity, hence the global significance of the story of this individual. It is a link that Paul makes in Romans 1–4; these chapters start with humanity’s idolatry which leads to unfruitfulness of the body, and they end with Abraham’s obedience leading to surprising fruitfulness of his body. This new people, in this new land, are to be a ‘light to the nations’, (Is 42.6, Is 49.6) a destiny which is fulfilled in Jesus followers (Matt 5.14) because it is fulfilled in Jesus himself (John 8.12).

This has a key related strand, which is particular emphasised in the ‘Priestly’ tradition in Leviticus. If the people given this land are part of the restoration of humanity from sin to holiness, then the occupation of the land must be inextricably linked with moral restoration. In fact, the expulsion from the land of the resident Canaanites is given a specific moral dimension: because of their unholy practices, the land has ‘vomited them out’ (Lev 18.25), and the life of the holy people of God is defined in contradistinction to those who lived there previously.

These three ideas—of divine grace and generosity, of the restoration of humanity, and of moral distinctiveness—are constantly brought together in the prophetic tradition. The promise of return following exile is a mark, not of the ‘specialness’ of the people, but of the faithfulness of God. No political power, and not even the past disobedience of the people, can thwart God’s plans or undo his faithfulness. And because of this, God’s grace in restoration is destined to overflow ethnic boundaries—a particular theme of the second and third parts of Isaiah. And in light of this, the return to the land must involve a rediscovery of obedience to God’s law—a particular theme of Ezra and Nehemiah.

All this means that ‘the land’ has a particular theological meaning. It is, on the one hand, the place of receiving God’s blessings, but on the other, the arena of obedience to God’s commands. In fact, the land itself has almost greater theological significance in these regards than the ethnic identity of God’s people. The ‘resident alien’ who is not an ethnic member of God’s people, but does reside within the geographical space of ‘the land’, is to both enjoy the privileges and blessings of God’s people, but also must take on the responsibilities of observance (see, for example, Lev 19.34). This idea will be key when we look at the way the New Testament interprets this ideas in the next blog post.

11 thoughts on “Does ‘Israel’ have a divine right to the land? part 1”