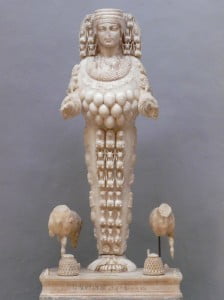 Here is my take on what must be the most disputed verse in the whole New Testament, 1 Tim 2.12.

‘Learn in silence and full submission’
In the Greek NT, there are three main words translated ‘silence’ or ‘keep silent’ in English, and they each have a different sense. In 1 Cor 14.28, 30 and 34, Paul uses the word sigao which has a clear sense of ‘to stop speaking’, that is, to actually be silent. The same word comes in Luke 9.36 and is followed by the comment ‘they told no-one’

But the word here is hesychios. The root of this word cannot mean ‘silence’ in the sense of not saying anything, since in it used in Acts 11.18 and Acts 21.14 immediately followed by something the people then said, and so is translated ‘quietened down’ or something similar, and signifies the people ceasing their objections. It is used by Paul elsewhere (1 Thess 4.11 and 2 Thess 3.12) to describe the ‘quiet’ life that the believers should lead, in contrast with causing a disturbance either within the community or in relation to the authorities. And it is used in the same sense in 1 Tim 2.2 to describe the quiet life Paul wants for all believers.

In this passage, as a command to the women, the word therefore both mirrors the command to the men in v 8 (‘without argument’) and is part of the wider concern to put an end to disputation.

As in Eph 5, ‘submission’ comes from the same root as hupotasso and should be distinguished from the idea of ‘obedience’ which Paul does not apply in male-female relations. It is striking that Paul is here encouraging women to learn, something that contemporary Jewish practice, and the Talmuds (Jewish teaching on the Law) at points explicitly prohibit (‘Better to burn the Torah than teach it to a woman’ j. Sot. 3.19).

‘I am not permitting …’
As some have noted, the construction here is unusual, in that Paul uses a first person present tense (‘I am not permitting’) rather than either an imperative (‘they must not…’) or a third person present tense (‘it is not permitted to…’) both of which come in 1 Cor 14.34. This could mean that the command is limited to this particular situation[1] though in fact Paul uses a similar construction elsewhere for general commands (1 Cor 7.10, 1 Thess 4.1, 10, 5.14). It is more likely that Paul is signaling a new command which breaks with practice previously or elsewhere. After all, older women are to be ‘good teachers’ (Titus 2.3) and we have seen that elsewhere in the Pauline corpus women have some form of teaching role.

It is important to note that, although ‘teaching’ probably refers to authoritative instruction in a gathering, there are no grounds here for distinguishing between teaching in ‘public’ and ‘private’ contexts, not least because the social context of first-century gatherings of believers doesn’t allow for such a distinction.

‘Usurping authority’
The translation of this one word (authentein) has been fiercely debated because so much hangs on it. Is it a general, fairly neutral, word for ‘to have authority, in which case the verse can be read as a general, universal prohibition on women exercising authority over others? Or does it have a particular, negative sense, in which case the verse is prohibiting a particular misuse of authority?

The first thing to note is that this is the only place where this word occurs in the New Testament. (The technical term is that is it a hapax legomenon which is Greek for ‘said only once’). This in itself must be significant, since elsewhere in the New Testament and in Paul the usual words for ‘authority’ and ‘exercise authority’ (exousia and exousiazein) are quite frequent.

This means that we must turn to usage outside the New Testament to determine what Paul and his readers would have understood by this term. George Knight’s NIGTC commentary has been influential for many people, and his conclusion is that the term is neutral and has ‘no inherent negative sense’ to it[2]. In this he cites research done by L E Wilshire, using a database of Greek usage in the centuries before and after the New Testament. Unfortunately, however, he ignores Wilshire’s conclusion from this survey, and Wilshire goes on to comment that Knight’s conclusions on the word ‘need to be modified’ since the idea of murder is integral to the basic meaning of the word.

The reason is that this verb and the related noun authentes has a universal and highly negative sense in the centuries leading up to the time of 1 Timothy. It is related to the Greek word for ‘self’ (autos from which we get ‘autonomy’) and consistently means either ‘murderer’ or ‘slayer’ or the mastermind or perpetrator of a violent crime or act of war. The verb is much less common, with only five main examples found, one neutral, but the others meaning ‘to get one’s way’, ‘to domineer’ and ‘to murder’.

Despite this consistent picture, a negative meaning for the term continues to be disputed. I suspect that in part this is because our English word ‘authority’ appears related to it, and (as with the usage of ‘head’ meaning authority) it is hard to shake this off.[3] The picture is also confused by neutral use of the term some time after the period of the New Testament amongst the church fathers, but this is almost certainly because they are influenced by their (mis)reading of this passage.

Andreas Koestenberger advances two arguments for a neutral sense of of the word. The first is to limit the extra-biblical examples to the verb form only, and conclude that they are so few, the meaning is uncertain. But this is a rather arbitrary decision; it would be usual to explore the meaning of related terms at the same time, and he gives no reason for avoiding doing so in this instance. Secondly, he argues that pairs of verbs linked with ‘and’ in Greek literature (a ‘hendiadys’) always includes either two positive terms or two negative terms, never a positive and a negative. But, as Linda Belleville points out, he is considering examples of indicative verbs, and here the only indicative is ‘permitting’; ‘teach’ and ‘usurp authority’ are infinitives, acting as nouns to describe an action.[4]

An analogy in English might help here. If I were to say to one of my children ‘You are not to shout and make a scene in public!’ I am using two infinitives (‘shout’ and ‘make’; the ‘to’ applies to both), the first of which is neutral (in that ‘shouting’ can be a good or bad thing) but the second is negative. But the second explains the problem with the first; shouting could be a good thing, but in this context the shouting would constitute making a scene, and so is to be taken negatively. A paraphrase might be ‘You are not allowed to shout in such a way as to make a scene in public.’ In the same way, a paraphrase of 1 Tim 2.12 might be ‘I am not permitting women to teach in such a way as to misuse authority in a domineering way over men.’ So the ‘usurping authority’ explains the way in which, in this situation, Paul is not allowing the women to teach.

The neutral translation is often styled as the ‘traditional’ reading, but in fact it is worth noting that there is a long history of translating authentein as ‘usurping’ or ‘misusing authority’, including in the King James.[5] It is only relatively recently that more translations have reverted to the neutral term ‘have authority’, and given the difficulty it is odd that more do not footnote alternative translations.

[3] In fact ‘authority’ derives from the Latin augere ‘to increase’ and is etymologically unrelated to the Greek authentein and autos.