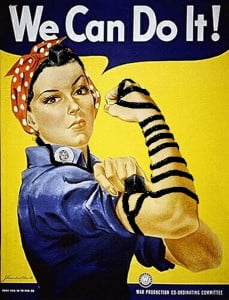 This is the introduction to the section on 1 Tim 2. Although it is general, even these observations significantly affect how we read this important text. (And do you like the picture?!)

This text often sits at the centre of the debate on what the New Testament (and in particular Paul) says about how men and women relate in ministry. At times it has been treated as a litmus test for orthodoxy in some circles, but in fact almost every aspect of the passage has been disputed, and the history of interpretation has been more varied than is often acknowledged. So, despite being a short passage, it needs a section to itself.

It should be noted that the Pauline authorship of the so-called Pastoral Epistles (1 and 2 Timothy and Titus) has been widely questioned in scholarship for some time. This need not affect the question of what the texts mean, and only becomes important when we try to see how all the ‘Pauline’ material works together. Since I am working from the assumption that the canon of Scripture is authoritative for the church, regardless of theories of authorship, I will not be considering this issue here and will, for simplicity, assume the author is ‘Paul’.[1]

The main issues here are the question of the concerns of the passage within 1 Timothy; the meaning of key terms such as ‘silence,’ ‘I am not permitting,’ ‘authority’ and ‘childbirth’; some questions of grammatical structure; the first-century context in Ephesus Paul is speaking to; and how this text fits with other writings of Paul.

Concerns of the text

There are several important things to notice about the passage we are considering.

The first is that there appears to be a sense of crisis about the whole letter, in that something has clearly gone wrong, and Paul is concerned to put it right. Most English versions translate Paul’s concern as relating to ‘false doctrine’ (1.3), but ‘false teaching’ better conveys his concern. This is a more usual rendering of didaskalo and the related terms; ‘doctrine’ suggests something too abstract and systemic for this period.

Secondly, the focus here is ‘corrective rather than didactic’.[2] The focus seems consistently through the letter on putting right what has gone wrong, rather than (as it were) starting with a blank sheet of paper and setting out what his beliefs concerns are, in the way that Paul is doing in Romans. This means that, whether we can be confident of reconstructing the social situation or not, the fact that something needs correcting is clearly shaping the whole argument. The Pastorals were once described as ‘martial law for the church.’

Thirdly, whilst some commentators suggest that ‘church order’ is Paul’s concern, he in fact says very little about the ordering of ministry. To be sure, there are instructions about who might or might not qualify for positions of responsibility (1 Tim 3), and how to handle accusations of impropriety (1 Tim 5.19–21). But there is very little by way of setting the responsibilities of leaders, with the result that we know very little from the Pastorals what these roles would have involved.

Fourthly, a repeated concern of Paul is that the Christians in Ephesus live ‘quiet and peaceable lives’ (2.2). This concern for resisting disputation appears throughout the letter, and features three times in this chapter, this first time applied to all, then to men (v 8 ) and then to women (v 12).

The section we are considering is clearly embedded in these concerns and forms part of addressing them, as is show by the repeated ‘therefore’ (vv 1 and 8).

[1] Any good, recent commentary on the Pastorals will consider the arguments for and against Pauline authorship and assess the implications.