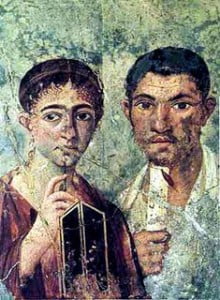 Here is the section on Acts 18.

This passage relates Paul’s first visit to Corinth and the establishment of a congregation there, followed by his first visit to Ephesus. His partners in ministry are named as Priscilla and Aquila, believing Jews with Latin names who have come from Rome following the Emperor Claudius’ edict expelling the Jews. There are some uncertainties around the dating of this edict, and whether Acts matches other contemporary accounts. But the most likely dating for the edict is 49 AD, so Paul’s visit should be dated to around 50, since Priscilla and Aquila had arrived in Corinth ‘recently’.[1] The passage is rather compressed, giving a briefer account of Paul’s 18-month stay than of his visit to other cities of similar importance.[2] It might be that Luke is not working from other sources (as he probably is elsewhere) but there is sufficient agreement in terms of events and people with 1 Corinthians to give confidence in the episode’s historical reliability.[3]

It seems very likely that Priscilla and Aquila were already followers of The Way, since no mention is made of their conversion in Acts, and it seems unlikely that unbelieving Jews would offer Paul hospitality so readily.[4] The account of Paul’s visit to Ephesus, from which he hurries on leaving Priscilla and Aquila to establish a congregation, is rather confused. In Acts 18.19, on arriving in Ephesus, Paul is said to leave them there, before going on briefly to recount his visit to the synagogue. The grammar is sufficiently awkward to suggest that verse 21b originally followed on from 19a, but that Luke then went back and added in the details.[5]

Several things are notable about this episode. The first is that, although Luke is clear that Paul was the first to speak to the Jews at Ephesus, there is no doubt that it is Priscilla and Aquila together who found a church/congregation; it is apparently already established by the time Paul returns.[6] Secondly, Priscilla and Aquila are together responsible for teaching Apollos, a Jewish believer from Alexandria, ‘explaining the way of God to him more accurately.’ Since he only knew the baptism of John, this presumably included an explanation of Pentecost, the eschatological outpouring of the Spirit, and baptism in the name of Father, Son and Spirit.

Thirdly, although Luke introduces Aquila first of the couple in Acts 18.1, thereafter Priscilla comes first in order, either because of her higher social status, or because of her greater prominence amongst the believers.[7] The only exception to this in the New Testament is in 1 Cor 16.19, where Paul, writing to Corinth from Ephesus, passes on greetings from ‘Aquila and Prisca’, the latter a variant of Priscilla, and the ekklesia that meets in their house. Later, when Paul is writing to the Christians in Rome, he greets ‘Prisca and Aquila, my fellow workers (synergoi) in Christ Jesus’, who by now have returned to their native city, as he does in writing to Timothy (2 Tim 4.19). It might be that the order was reversed in the greeting from the couple at Priscilla’s request, presumably to safeguard Aquila’s social standing.[8]

What is striking about this account is the way that, rather exceptionally in Acts (see comment on Luke 24.11), neither Luke nor Paul appear to show any embarrassment about portraying a woman as an equal partner both with her husband and with Paul in engaging with the Jewish community, establishing a congregation, continuing in leadership of it, correcting the teaching of someone who then became an important leader amongst believers in Corinth, and being described as a fellow worker with Paul. In fact, at most points, the texts appear to give her the lead role in the partnership.

This makes it difficult to see that Luke thought of certain roles of leadership to be prohibited to women, or that he (or Paul) have here worked with a general principle that women should not exercise a teaching ministry or have authority in defining and correcting faith amongst believers.

[1] Witherington p 536, and Marshall p 292, who believes it is the same edict mentioned by Suetonius, arising ‘on account of Chrestus’

14 thoughts on “Can women be pioneering church planters?”